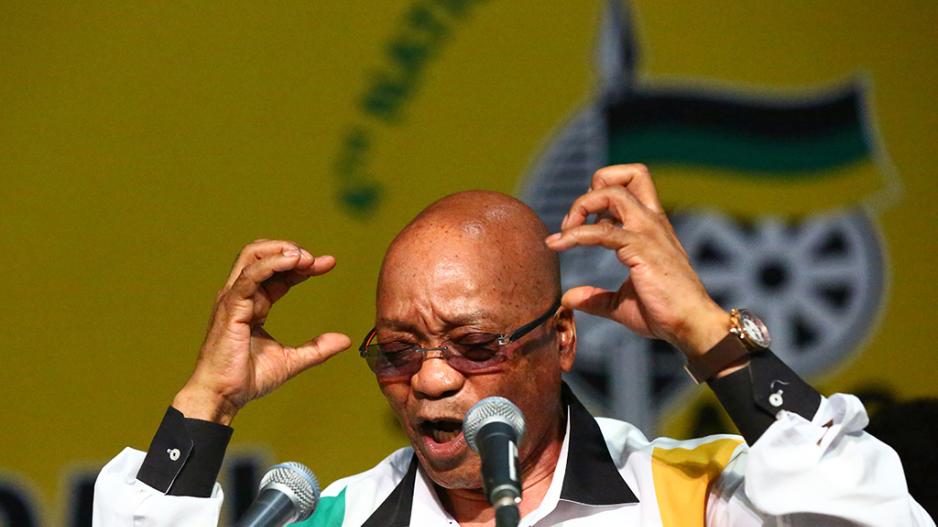 CAPE TOWN - President Jacob Zuma easily survived a no-confidence vote in Parliament on Thursday as ruling ANC lawmakers ignored calls from opposition parties to vote him out of office.

Zuma, who has faced mounting criticism from within his own party, came under further pressure last week after a corruption probe raised fresh allegations of misconduct.

But the ANC's parliamentary majority delivered a resounding signal of support as 214 lawmakers voted against the motion and 126 voted in favour.

Zuma's victory was expected, despite Mmusi Maimane, the leader of the Democratic Alliance (DA) opposition party, appealing to ANC members to vote against their leader.

"Many of you have been speaking out against him in recent weeks... I know that there are men and women in these ANC benches who want to do the right thing."

But Zuma, who came to power in 2009, retains strong loyalty among ANC (African National Congress) lawmakers and many party members.

The no-confidence vote was the third in under a year, with the first two also defeated by wide margins.

The corruption report by the country's top watchdog raised accusations of possible criminal activity in Zuma's relationship with the Guptas, a business family accused of wielding undue political influence.

"The motion (is) using a black face to protect the interest of the white minority," said ANC minister Nomvula Mokonyane.

"They are trying hard to distract the ANC... from dealing with the challenges of poverty, unemployment and inequality."

Zuma's term in office ends in 2019, but the ANC is due to elect a new party leader at the end of next year and could then decide to replace him as head of state.