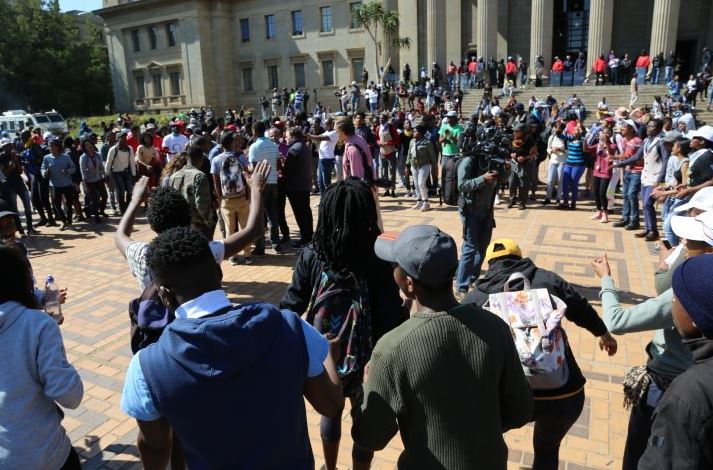 CAPE TOWN – President Jacob Zuma on Tuesday announced the setting up of a ministerial task team to help normalise the situation at university campuses, which have been rocked by violent protests in recent days.

In a statement, the Presidency said: “President Jacob Zuma has established a ministerial task team to assist the minister of higher education and training to normalise the situation at higher education institutions across South Africa, working with all stakeholders.”

“We urge all stakeholders, including students, university management, parents and religious leaders, to co-operate with the ministerial task team to ensure that the future of our children is not jeopardised,” said Zuma.

The government reiterated its full commitment to promoting access to higher education for children of the poor and the working class.

The statement added that Zuma again condemned acts of violence and the destruction of property and urged all students to return to class while “solutions are collectively sought to the challenges of higher education in the country”.

Lectures resumed on Tuesday morning at the troubled Wits University amid a heavy presence of police and private security guards.

Despite the violence on Monday that saw running battles between students, police and security guards, the university announced lectures would continue.

Cleaners were seen sweeping the floors and steps of the Great Hall, the site of Monday’s battle, while security guards ensured the safety of the campus on Tuesday.

Protesting Wits students affiliated with #FeesMustFall have vowed to shut down the campus until their demand for free education is met.

Several other university campuses experienced sporadic outbursts of violence, including in KwaZulu-Natal and the Western Cape.

Phahlane lamented the levels of violence and vandalism accompanying the ongoing #FeesMustFall protests, urging the students to exercise restraint.

On Monday, running battles between protesting students and police as well as private security spilled onto the streets of Braamfontein, Johannesburg.