Zuma: Foreigners can own houses but not farms 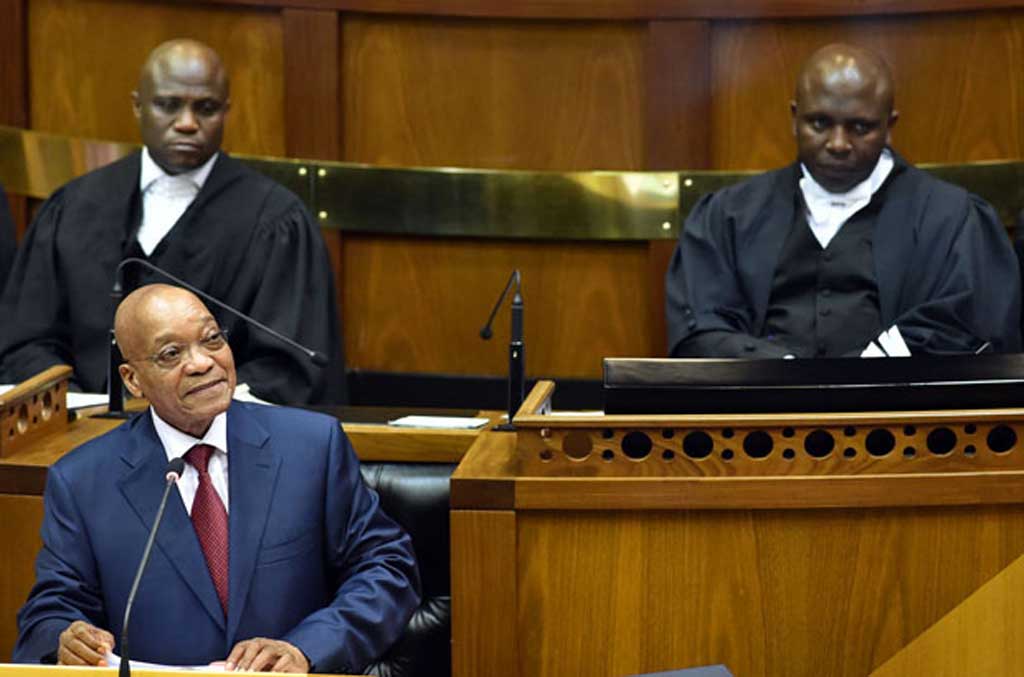 President Jacob Zuma presents his State of the nation address on 12 February 2015.

CAPE TOWN – Foreigners will still be able to buy suburban homes in South Africa, but farms will be off-limits.

President Jacob Zuma today offered this clarification in his reply to the debate on the State of the Nation Address (SONA). This after he announced during SONA that foreign land ownership will be restricted.

Zuma said he had received numerous queries via e-mail relating to the proposal, which is yet to be made law. The Land Holdings Bill, which is still being drafted, would provide much of the detail on the policy.

“Ms Tanya Elston, Ms Carin Smith and Mr Jan Cronje have asked whether a foreign national, wishing to buy a home in Johannesburg, would be able to do that, and if the limit on foreign ownership was confined to agricultural land.”

“The answer is that the Land Holdings Bill applies to agricultural land,” Zuma said.

“It does not affect those foreign nationals who are planning to buy homes or residences,” he added.

With regards to multinational corporations, Zuma said they would only be affected “if their future property purchases consist of agricultural land”.

The bill will also include a 12,000-hectare limitation on the size of land which one individual can own.

Some opposition parties raised concerns about the policy during the debate, saying it would affect investment in the country.

“Mr Senekal says that 100 farmers in the country produce 70 percent of our food, and if they are forced to reduce the size of their farms, their production could be halved. This sentiment was also expressed by Honourable (Pieter) Mulder,” Zuma said.

However, Zuma defended the move.

“We are taking these actions precisely because the fate of too many is in the hands of too few,” he said.

Zuma said the government was aware of the contribution of hard-working farmers, but that the effective participation of the black majority in the agriculture and food production required access to land.

“An inclusive and scientific process will be used to assess the situation in different commodities and in different localities, so as to make sure that nothing is done that will prejudice food security in the country,” he said.