Zuma gets down to business with captains of industry 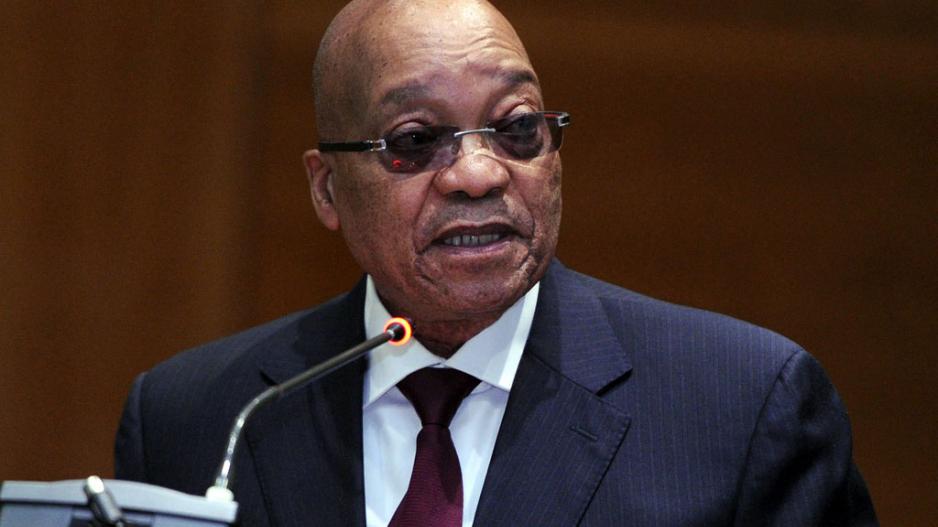 PRETORIA - President Jacob Zuma on Monday night said “substantial progress” had been made in placing the country on a sounder economic footing as he urged all sectors to work together to reignite growth and create jobs.

Zuma was speaking at the conclusion of a meeting with CEOs, captains of industry and labour federations at the Union buildings in Pretoria.

The meeting was a follow-up to an earlier one in Cape Town in February and formed part of government’s drive to energise the economy and also to ward off the prospect of a looming downgrade by international ratings agencies, possibly to junk status.

In a statement issued after the meeting, Zuma said: “In February this year I convened a meeting of chief executive officers of major companies and captains of industry to discuss ways in which we can work together to reignite economic growth and create jobs.

“I mandated the Minister of Finance to lead a process of engaging with the private sector, in particular, to map out a strategy to the goal of growing the economy.

“We have met this evening to assess progress made since the last meeting in Cape Town. We were joined by the Presidents and Secretaries-General of FEDUSA (Federation of Unions of South Africa), COSATU (Congress of South African Trade Unions) and NACTU (National Council of Trade Unions). We are pleased that labour has joined these talks which are aimed at arresting slow growth and to save and create jobs.”

The Black Business Council also formed part of the discussions.

“We have already seen the value of working together,” Zuma said. “Leaders from labour and business joined the Minister of Finance on a roadshow abroad early this year to promote the country and prevent a possible credit ratings downgrade.

“The hard work is paying off, and we saw the evidence this weekend with the announcement by Moody’s,” he said. “In affirming the sovereign credit rating on Friday, Moody’s ratings agency noted that South Africa was approaching a turning point after years of weak growth. This is confirmation that our collaborative approach has been successful.”

Zuma added that while the South African economy had recovered from the global financial crisis, the “level of economic growth has been much weaker than previously anticipated”.

“Part of this is due to the challenging global economic environment,” he said. “At the same time, we recognise as government that there are also some domestic constraints that we must attend to.”

Zuma pointed to the National Development Plan (NDP) which speaks to structural reforms needed to create an enabling environment for job creation and inclusive growth.

“In the last year, substantial progress has been made in these areas,” Zuma said. “However, faster and more successful outcomes will be achieved when we work together pursuing common goals as government, business, labour and civil society.

“That is why we are pleased that we are working together more than ever before, as the various sectors,” he added. “This is truly a very positive development for our country.”

Zuma added that one of the key aspects of ensuring a turn-around in economic fortunes was the reduction of policy uncertainty.

He announced several initiatives including a joint private and public sector fund for Small Business Support which would be established with roughly 50:50 contributions by the partners with a focus to provide “venture” capital-type funding and mentoring to target groups, especially black entrepreneurs.

He also spoke to expanded investment, including government and private sector co-investment in infrastructure.

“We are exploring appropriate mechanisms of strengthening our State-owned enterprises so that we reduce the risk they pose to the fiscus so that they can play a stronger role in driving development,” he said, adding that various “workstreams will identify potential areas of reforms and interventions to avert further credit rating downgrades”.

Zuma thanked the various sectors for coming on board “this wagon that is moving South Africa forward under a difficult economic climate”.

“We look forward to substantial progress being made within a short space of time,” Zuma concluded.