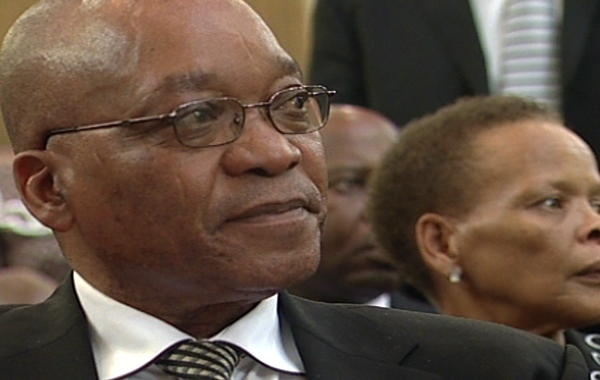 JOHANNESBURG - President Jacob Zuma has been granted leave to appeal a court decision saying that he had to release the spy tapes linked to a decision to drop corruption charges against him.

"In my view, it’s a matter which requires the attention of the SCA (Supreme Court of Appeal) to finally decide as to the correct interpretation to be accorded to the order," Presiding Judge Rammaka Mathopo said on Friday in the Johannesburg High Court.

On August 16, the High Court in Pretoria ruled that acting National Prosecuting Authority (NPA) head Nomgcobo Jiba should lodge a copy of the tapes with the registrar of the court within five working days.

This was in response to an application by the Democratic Alliance (DA), which has been battling to obtain the tapes after the Supreme Court of Appeal ruled that it had the right of access to them.

The tapes, transcripts and other documents relate to a 2009 decision by the National Prosecuting Authority (NPA) to drop corruption charges against Zuma.

The court gave the NPA until last Friday to produce the tapes, but Zuma&39;s legal team filed notice that he would seek leave to appeal the court ruling.

The SCA judgment ordered the NPA to hand over the record of its decision to drop more than 700 corruption charges against President Jacob Zuma in 2009.

But it’s disputed if this may include the spy tapes.

Zuma&39;s lawyer argued that the president&39;s right to confidentiality would be violated if his submissions to the NPA were released.

"The order in the SCA acknowledged certain rights of the third respondent as to what would be confidential and what would be produced as part of the record," Zuma’s advocate, Kemp J Kemp, told the Johannesburg High Court.

Johan De Waal, the DA&39;s advocate, said he does not understand why Zuma refuses to release the spy tape "because those tapes were the basis of the decision to exonerate him".

For more on the legal arguments watch this report from eNCA reporter Karyn Maughan outside the court.

Well, on we go. Taxpayers will be funding yet another appeal for President Zuma so that he can prevent us hearing what is on the spy tapes.

*This article has been updated to include further detail on the court decision and comments from advocates.