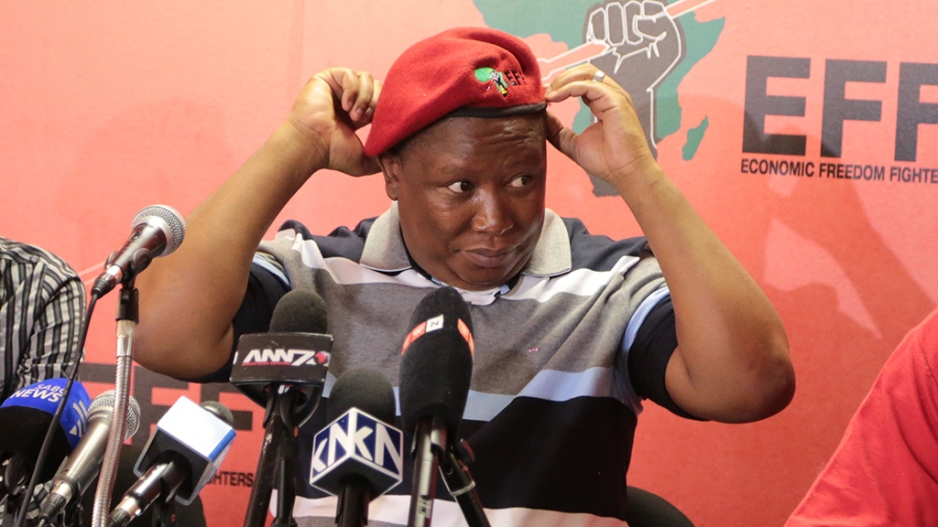 JOHANNESBURG – Economic Freedom Fighters (EFF) urged the ‘ANC to do the right thing and recall the President”.

EFF made the call after Chief Justice Mogoeng Mogoeng delivered judgment in the Nkandla matter.

Mogoeng said Jacob Zuma had failed to uphold and respect the South African constitution by not complying with the Public Protector&39;s office.

Addressing the media, Malema said the party welcomes the judgment and advised Zuma to step down with immediate effect.

“The President has been ordered to pay back the money as requested by the EFF. We are happy that a process has been outlined on how the money is going to be paid and the matter will be closed.

Malema again set his sights on the Gupta family, accusing them of stealing money from government. He said the Guptas and Zuma recently took out R6 billion from South Africa and dumped it in Dubai.

“Zuma was recently in the UAE in Dubai. That was not an official visit, it was a personal visit. Zuma took money to the UAE. That’s where they are dumping money. The Gupta’s have taken R6 billion to Dubai.

“Zuma goes to Dubai on some unexplained trip. Why did Zuma go to Dubai? Because when Zuma travels he doesn’t get searched by customs. He left with bags of money to be dumped in Dubai. That’s where they are dumping our money with the Guptas,” said Malema.

For the response of the Presidency to the statement of Julius Malema, click here.

For the response of Atul Gupta to the statement of Julius Malema, click here.