Zuma has brought shame to our country: Carolus 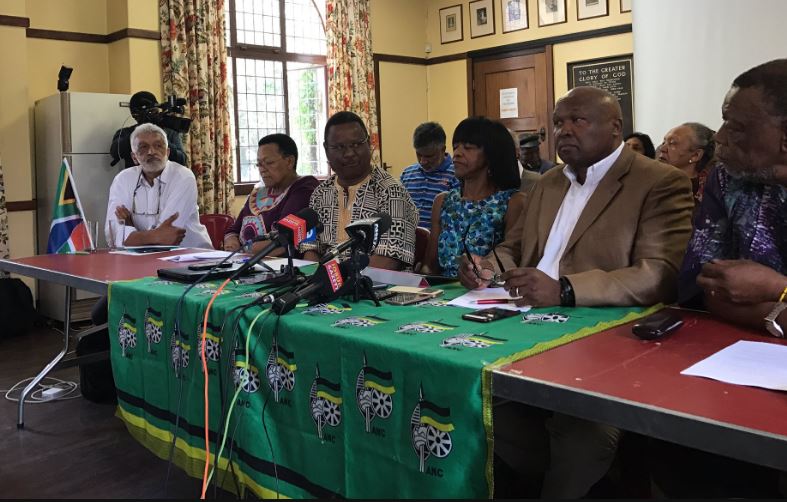 The veterans, who included Ahmed Kathrada, Rev Frank Chikane, Cheryl Carolus, Andrew Mlangeni, Sheila Sisulu, Gertrude Shope and Aziz Pahad, and some who came from across the country, held a briefing in Johannesburg.

JOHANNESBURG - ANC stalwart Cheryl Carolus said said veterans “were upset like everyone else” about the direction the country was taking.

“The President has brought shame to our country and our movement. He has abused state power and resources to evade justice.

"We still have good and honest people within the ANC who are also applauding and supporting our stance here.”

At least 106 anti-apartheid struggle stalwarts said on Thursday they were waiting for a response from President Jacob Zuma on their September request to meet him over their concerns of the state of the ANC and that of the country.

They also presented a document with suggestions on the way forward for the ANC, titled “For the Sake of Our Future” which was sent to the ANC top six leaders.

Chikane said the conversion of concerned veterans who want immediate change within their ANC was historical.

“This is history. There has never been this type of coming together of stalwarts, and indicates the level of concern about the country and the state of the movement,” Chikane said.

“After trying to engage the leadership, we decided to write a letter to the President requesting a meeting, along with the other five leaders.

“The meeting with Zuma has not yet happened, we are looking forward to the President giving us a hearing.

"We, as we sit here, want to change the trajectory of the ANC and be on the right side of history.”

In the document, the group said they had watched as the ANC abdicated its role as leader of society to opposition parties.

The stalwarts were concerned about corruption and ill-gotten wealth among some ANC leaders and the attack on the country’s democratic institutions, such as the office of the Public Protector.

However, their appeal and trips to Luthuli House fell on deaf ears, they said.

While the ANC urged its members to address any concerns with party structures, complaints made to the ANC leadership were taken to party secretary general, Gwede Mantashe, and nothing happened thereafter, said Chikane.

“We decided to go public with this because most of us here have been following party processes and went to Luthuli House. Also, we are going public because, wherever we go, we are asked what are we doing about the problems we faced as the elders in the movement,” said Chikane.

“As you know my own story … I have been to Luthuli House at least twice and received unsatisfactory responses.”

The idea of veterans coming together was first raised in December 2013 at former Nelson Mandela’s memorial service in Soweto, said Chikane.

The idea then spread to other provinces with more elders indicating that they`wanted to take part and dedicate their time towards saving the ANC.

On Wednesday, the High Court in Pretoria ordered the that the Public Protector report on “state capture” be released after Zuma withdrew his interdict application.

The report raised more concerns about allegations that the controversial Gupta family may have had undue influence in the appointment of ministers and other top government officials.

Zuma has close ties to the Gupta family.

When asked whether they wanted Zuma to resign, Murphy Morobe said some in group wanted him to go while others held other views on the issue.

“There are different voices in the group on the issue, but we have not decided collectively that Zuma must resign,” he said.