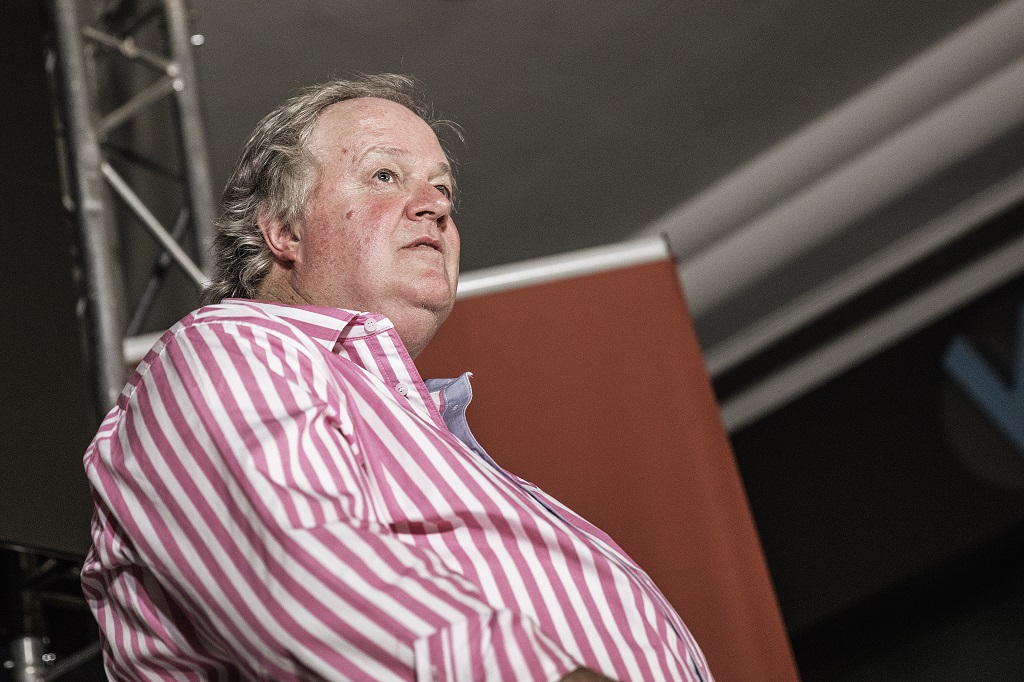 PRETORIA – Journalist and celebrated author Jacques Pauw on Thursday said President Jacob Zuma had destroyed law enforcement agencies in South Africa and as a result diminished the nation’s capability to tackle organised crime, which was thriving.

“Nobody gets charged, if you think about it...I’m the one going to be charged. If you think about the massive evidence, the body of evidence in the Gupta emails for example, there is prima facie evidence of money laundering, fraud and corruption, but nothing is happening,” Pauw said at the Pretoria launch of his book.

“Nothing is happening because Jacob Zuma has destroyed the law enforcement agencies in order to protect himself, his family and friends. So nothing happens.”

The investigative journalist said organised crime was heightened in South Africa because of the apparent lack of consequences.

“There is no consequence. There is absolutely no consequences. Can you think of a major crime syndicate that was recently busted? The crime intelligence [unit of the South African Police Service] is in shambles,” said Pauw.

The author said he was not afraid of being arrested in the wake of ongoing police investigations around the possible leaking of classified information contained in his book, The President’s Keepers – Those keeping Zuma in power and out of prison.

“The State Security Agency said they have laid charges against me. The Hawks [Directorate for Priority Crime Investigation] says it’s not a charge, it’s only a complaint. I don’t believe either of them. We are consulting a senior counsel tomorrow [on Friday], and we will prepare an application for bail if I get arrested,” said Pauw.

“We don’t know, anything can happen.”

TV anchor Nkepile Mabuse who was interviewing Pauw at the ceremony, put it to the author that being arrested for contravening the Intelligence Services Act would be “good news” because it would confirm that the information contained in the book was correct.

Pauw responded: “I can’t see how they can charge me for publishing false information, because I would not have broken the law at all. If I have not published the substance they don’t want published, they would not charge me. The same goes for SARS (the South African Revenue Services) ,which is saying I contravened the Tax Administration Act, by publishing taxpayers information. If I haven’t published the true information of the taxpayer, it cannot be a crime”.

Earlier on Thursday, the Hawks confirmed they were investigating the possible leaking of classified information contained in Pauw’s book.

This revelation came shortly after reports emerged that a complaint had been laid against Pauw by members of the State Security Agency (SSA) at the Lyttleton police station in Pretoria.

SSA spokesperson Brian Dube told Independent Media the case against Pauw related to his contravening of the Intelligence Services Act.

Hawks spokesperson Brigadier Hangwani Mulaudzi confirmed this, saying two cases had been referred to the crime fighting unit for investigation.

“The two cases relate to the possible leaking of classified information… and our organised crime unit will be the ones carrying out the investigation,” he said.

Later on Thursday, Mulaudzi said no warrant of arrest had been issued against Pauw.

“For the record there is no warrant of arrest issued against Mr Pauw or anyone from the Hawks. No further comment on this matter,” said Mulaudzi.

Long queues formed inside the Brooklyn Mall in Pretoria on Thursday as hundreds of people sought Pauw’s autograph after buying the book. The event was also attended by former finance minister Pravin Gordhan.

Last week, the SSA issued Pauw and his publisher Tafelberg with a “cease and desist” order from publishing his controversial book about President Jacob Zuma’s alleged tax evasion.

In the book, Pauw exposes, among others, an alleged plot by Zuma to quash his massive R63-million tax bill, his failure to submit his tax returns during at least the first five years of his presidency, and how Zuma kept receiving a secret monthly pay cheque from a friend despite being paid by the State as president.

Acting on behalf of the SSA, a law firm Kgoroeadira Mudau Inc said that Pauw must cease and desist from making the book public and withdraw it from the publishers and any suppliers.