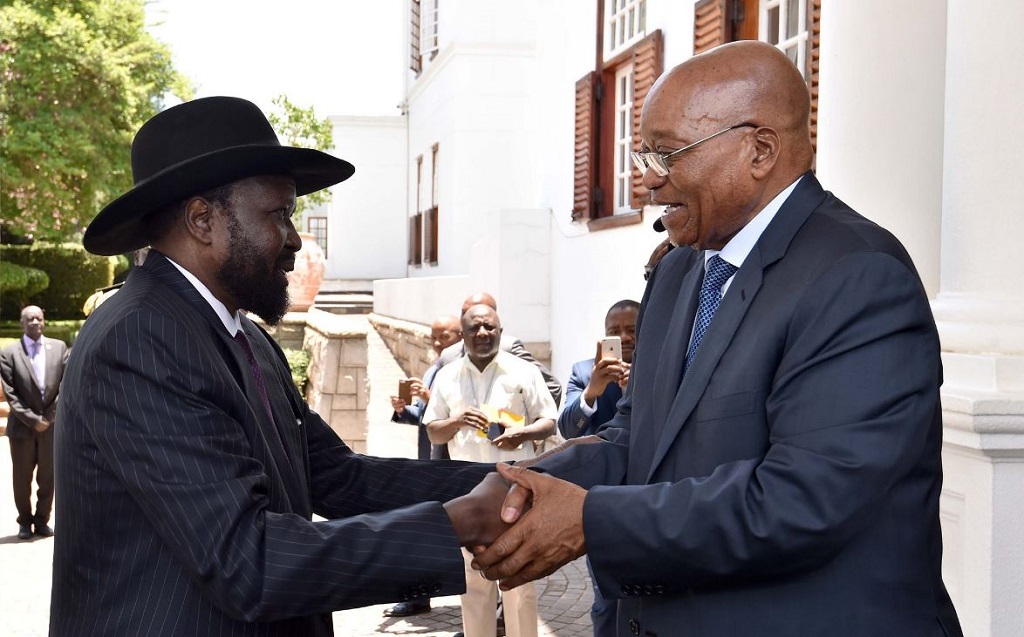 President Jacob Zuma welcomes his counterpart President Salva Kiir of the Republic of South Sudan during their meeting in Pretoria on Friday 2 December 2016.

The president met with his counterpart at his official residence Mahlamba Ndlofu in Pretoria, according to a statement released by the Presidency.

Zuma was briefed by Kiir on issues of the political and security situation on the continent.

The two also discussed political and economic relations between the two countries.

Zuma was involved in South Sudanese peace talks for a number of years.

In 2014 President Zuma appointed Deputy President Cyril Ramaphosa as the Special Envoy to South Sudan to assist with the resolution of the political impasse in that country.