Zuma: I have no power to stop Gordhan investigation 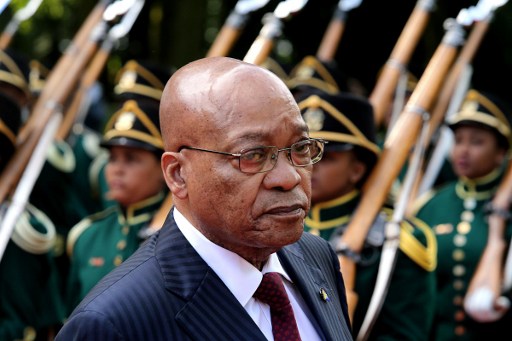 South African President Jacob Zuma takes part in a ceremony to commemorate the centenary of the Battle of Delville Wood in northern France in which South African troops fought in 1916, on July 12, 2016 in Longueval.

JOHANNESBURG - President Jacob Zuma has expressed his support for Finance Minister Pravin Gordhan but says he can’t stop the Hawks investigation into the finance minister’s involvement in the establishment of the so-called rogue unit at Sars.

This is according to a statement issued by the Presidency on Thursday morning.

“President Jacob Zuma wishes to express his full support and confidence in the Minister of Finance and emphasises the fact that the minister has not been found guilty of any wrong doing.

This was regarding their involvement in the establishment of the so-called rogue unit at Sars.

EXPLORE: Interactive timelime of troubles at the Treasury

“The Presidency wishes also to emphasise that President Zuma does not have powers to stop any investigations into any individual/s. Our constitutional democracy, the strength of our state institutions and the effectiveness of our courts in upholding and protecting rights is our guarantee of justice and fairness,” noted the statement.

Despite the fact that these events might have “disturbing” negative effects on the economy, the President can’t “intervene unconstitutionally.”

The Presidency stated also highlighted the "unhelpful, false and misleading" the broad speculation linking the Hawks investigation to government and state owned institutions.

The minister of finance said on Wednesday night that he would not present himself to the Hawks, based on advice from his lawyers.

"I remain committed to assist the Hawks in any bona-fide investigation as stated in my statement.

Former politicians, academics and business leaders have called for the President&39;s intervention in the so-called Sars wars.

"These events have once again compelled us to put pen to paper to express our outrage and warn of the dangers to our still very fragile economy.

"With predictions of zero growth in 2016, stubbornly high unemployment, persistent poverty and inequality, and a volatile currency, this is not the time, if there ever was, to be playing such dangerous games with the lives and well being of all sectors of our economy and society, especially the poor and the vulnerable.

"We urge the President, the Cabinet and the NEC of the ANC to assist in bringing this dangerous set of events to an end in the best way possible in the interests of our country and our economy. It is time for real leaders in the NEC and the Cabinet and in the SACP and Cosatu to stand up to the tyrannical and despotic behaviour on display here because yet again we stand on the edge of an economic precipice," noted the open letter.

* Constitutional law expert Professor Shadrack Gutto says Zuma&39;s statement showing confidence in Gordhan is merely a move to calm investors. Listen to his views in the video attached in the gallery above.