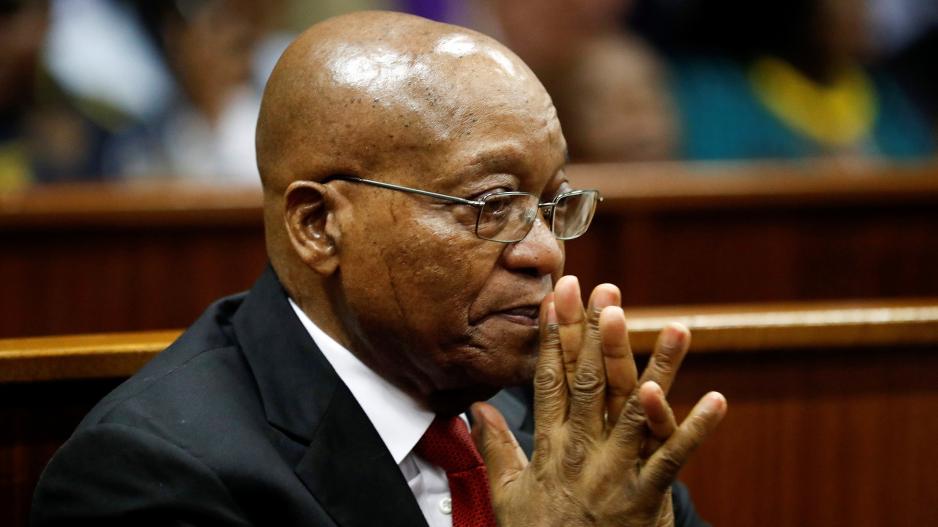 The NPA has released the 89-page document.

READ: Zuma tells supporters charges against him are political

Zuma and Guerrier appeared briefly before the Durban High Court on Friday where the matter was postponed until June 8.

The indictment said Zuma held "several high ranking offices in the provincial and national executive and in the African National Congress (ANC)" at the time of the alleged bribes, and effectively abused the trust and power of his position to enrich himself.

The indictment said that "accused 1 (Zuma), 2 (Thales),...  Shaik and the companies comprising the Nkobi group (controlled by Shaik), formed a common purpose to bribe accused 1 through an ongoing series of payments from Shaik and the Nkobi Group".  It said this relationship was formed on or near October 25, 1995, until July 1, 2005, with 783 payments made totalling R4,072,499.85.

IN PICTURES: Zuma&39;s day in court

It said one of the red flags identifying the relationship between Shaik and Zuma was in February 1999 when an amount of over R1.20million was irregularly written off in the Nkobi accounting records. Included in the amount were various payments made to Zuma of over R283,000 as a loan.

The indictment said these payments made "no legitimate business sense" nor could any of Shaik&39;s companies afford them as they were "exceeding bank overdrafts and thus effectively borrowing money from banks at the prevailing interest rates to make the payments, interest-free".

The indictment said even if the schedule of payments could be regarded as loans, they still amounted to benefits, as they were provided interest-free, without security and that Zuma&39;s ability to repay the money was "seriously questionable".

The indictment mentions how, in 1999, Zuma intervened and assisted Shaik, the Nkobi Group and Thales Group to "resolve a dispute... regarding Nkobi&39;s participation" in African Defence Systems, which shortly thereafter landed a multi-billion rand contract from the state to provide combat suites to Corvettes supplied to the navy. The contract was worth R1.3-billion, with R450-million going directly to ADS and the balance going to subcontractors.

The indictment said this intervention showed an instance where Nkobi obtained the assistance of Zuma for the group&39;s survival and where Thales was assured of "approval" by the deputy president of the ANC, for its choice of a South African BEE partner.

Under a section called "specific corruption", it states that between 1999 and 2000, Thales, Shaik and Zuma "conspired" to pay Zuma "R500,000 per annum as a bribe in exchange for Zuma&39;s protection" from any investigation.

Thales, using an offshore company in Mauritius, made payments to Shaik&39;s companies under the guise of "service provider agreement" which was then funnelled to Zuma, totalling R1-million.

The court heard on Friday that Zuma’s legal team would be bringing a review application – possibly by May 15 - on the decision to prosecute him. Depending on the outcome, an application could be made for a permanent stay of prosecution.