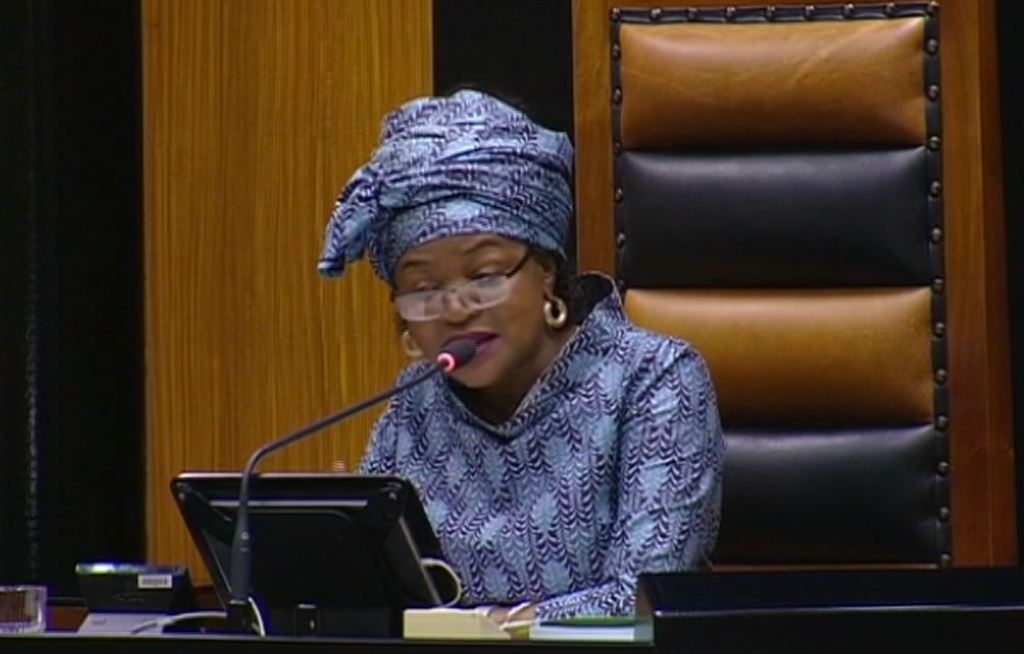 Speaker of Parliament, Baleka Mbete has told Sicelo Mabika of the NFP off during President Jacob Zuma's questioning in Parliament.

Baleka Mbete will be paying expensive school fees for being schooled on how to do her job. #SecretBallot

It ordered her to make a fresh ruling on whether there should be a secret vote on the president's fitness to hold office.

In April, Mbete turned a UDM request for such a ballot after his controversial Cabinet reshuffle in March.

DA leader Mmusi Maimane said on Thursday it had filed for another motion for a secret ballot against Zuma.

#ConCourt: "there must always be a proper and rational basis for whatever choice the Speaker makes". #SecretBallot pic.twitter.com/IyroR2MoOf

"Hopefully this will create a slightly new atmosphere in the ANC caucus ... that is the body that decided whether they should vote or not vote. People underestimate the power of the caucus."

Political analyst Lukhona Mnguni said: "Baleka Mbete has been dealt a heavy blow because she has to answer to the court if she decides against [the secret ballot] ... if the Speaker decides against a secret ballot the matter will be taken on review ... within the new parameters set out in this judgment."