Zuma: No ministers appointed by the Guptas 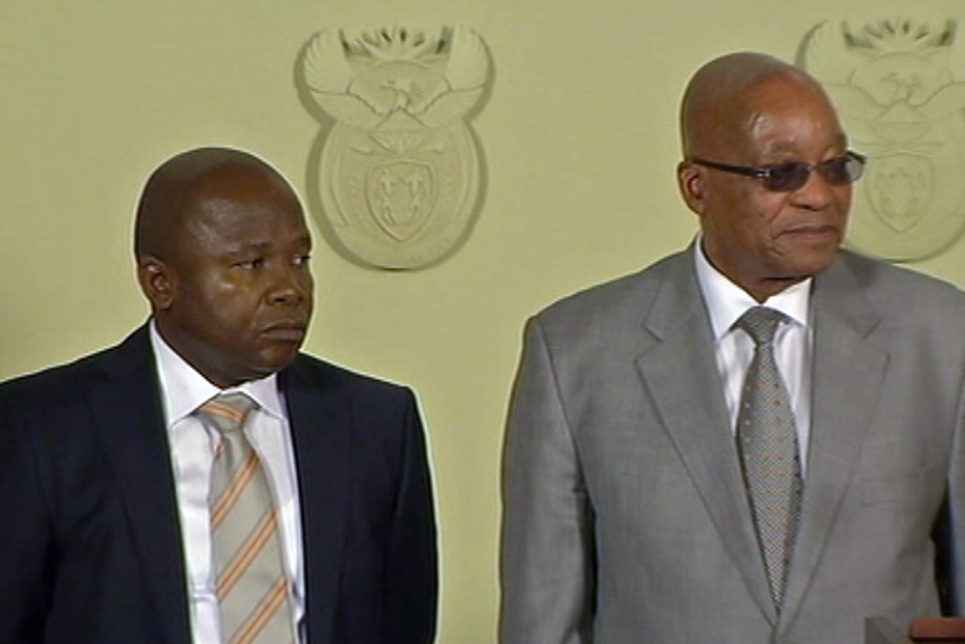 Johannesburg, 16 March 2016 - ?The ANC is set to discuss the alleged influence of the Gupta family on state affairs this weekend. This follows a fact finding meeting between the party leadership and the controversial family.

PARLIAMENT – President Jacob Zuma has said that no ministers or deputy ministers were appointed by the Gupta family.

The President was speaking during a question and answer session in Cape Town on Thursday afternoon.

“I’m in charge of the government, I appoint, in terms of the constitution. There is no minister here who was appointed by the Guptas or anyone else, they were appointed by me,” said Zuma.

On Wednesday afternoon, Deputy Minister of finance, Mcebisi Jonas, confirmed that the Guptas offered him the position of finance minister before former Minister Nhlanhla Nene was removed from his position in December 2015.

“Mr President, its become quite clear that power no longer sits at Union Buildings or Luthuli house, it sits in Saxonwold,” said Maimane.

“You and your family are getting richer while South Africans are getting poorer and losing jobs. My question is, has anyone been offered a position by the Guptas or is Mcebisi Jonas in fact lying?” he asked.

The IFP’s Sibongile Nkomo also asked Zuma if he was under any influence when he briefly appointed Des van Rooyen to the position of finance minister.

IFP&39;s Nkomo asks President if he was influenced by any third-party to fire Nhlanhla Nene. ZumaQandA

The President replied that there were always reasons why ministers were removed or replaced, and the only influence on this was the ANC.

He said the rand was already underperforming before the decision was made.

“The rand was on a downslope,” said Zuma.

"the rand was in trouble before Nene left. And it&39;s not the first time the markets react when a minister is put or taken away" ZumaQandA

The DA leader rose on a point of order, disagreeing with the President’s comments.

Maimane and other DA members of Parliament then left the National Assembly.