Zuma: No quarrel about apartheid 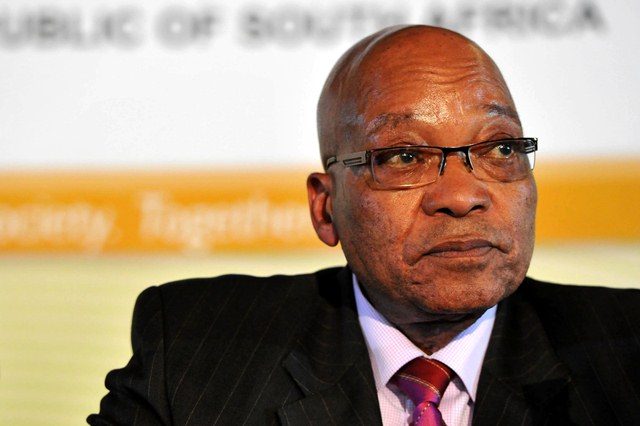 Zuma has wished Christian and Jewish communities of South Africa a peaceful Easter and Pesach. He has also urged the nation to be more cautious on the roads ahead of the busy long weekend.

JOHANNESBURG - There is no contradiction between what President Jacob Zuma and Minister in the Presidency Trevor Manuel have said about the legacy of apartheid, the presidency said on Thursday.

"Stating that the apartheid legacy and impact still exists and will linger on for a long time does not mean that the president is saying that public servants should use it to excuse laziness and incompetence," spokesman Mac Maharaj said in a statement.

"The point President Zuma made is that it is impossible to reverse the legacy of apartheid in only 20 years."

During a wreath-laying ceremony to commemorate the 20 years since SA Communist Party leader Chris Hani was killed, Zuma commented on the statement that the government should stop blaming apartheid for its faults.

"To suggest we cannot blame apartheid for what is happening in our country now, I think is a mistake, to say the least," he said, in an apparent reference to the comments made by Manuel.

"We don&39;t need to indicate what it is apartheid did. The fact that the country is two in one -- you go to any city, there is a beautiful part and squatters on the other side -- this is not the making of democracy and we can&39;t stop blaming those who caused it," said Zuma.

Speaking to reporters on the sideline of a government leadership summit last week, Manuel said the government should take responsibility for its actions when it came to service delivery.

"We [the government] should no longer say it&39;s apartheid&39;s fault.

"We should get up every morning and recognise we have responsibility. There is no longer the Botha regime looking over our shoulder. We are responsible ourselves."

Addressing public servants at the summit earlier, Manuel said the government had run out of excuses and had failed the people of South Africa repeatedly in terms of service delivery.

"We cannot continue to blame apartheid for our failings as a state," he said in speech prepared for delivery.

"We cannot plead ignorance or inexperience. For almost two decades, the public has been patient in the face of mediocre services. The time for change, for ruthless focus on implementation has come."

Cronin said Manuel&39;s remarks were intended to encourage civil servants to be proactive in delivering services.

During the wreath-laying, Zuma said: "While wanting to see change happening fast in every corner of the country, we are under no illusion that South Africa will automatically and comprehensively change in only 20 years. That is impossible."

However, Zuma said as leaders of public servants, the government had to work harder, faster and more efficiently to ensure true freedom reached the poor and working class in a shorter time.

"The impact of 300 years of apartheid and colonialism will be felt for many years to come, and since 1994 government has been working to reverse it. However, stating this fact, does not excuse laziness and inefficiency," Maharaj said.

Opposition parties seemed to agree with Manuel&39;s comments that the government needed to take responsibility.

The Democratic Alliance said even though the material legacy of apartheid lived on, the slow rate of delivery could not be blamed on apartheid but on the government.

"The truth is that government has not delivered on these objectives fast enough," DA national spokesman Mmusi Maimane said in a statement.

"Too many people still suffer from apartheid&39;s material legacy."

He said Zuma should take responsibility for this and focus on improving service delivery so that the country could combat the evil legacy of apartheid.

United Democratic Movement leader Bantu Holomisa said although apartheid would be an important reminder of what not to do, the time was over for the ANC-led government to blame its failures on apartheid.

"Government has to take full responsibility for its failures and scandals such as the dysfunctional education system, the crumbling infrastructure, Sarafina II, the arms deal, the oilgate and Nkandlagate scandals, the [Andries] Tatane and Marikana incidents as well as the

Central African Republic fiasco, among others," he said.