Zuma passes the buck about Cecil the lion 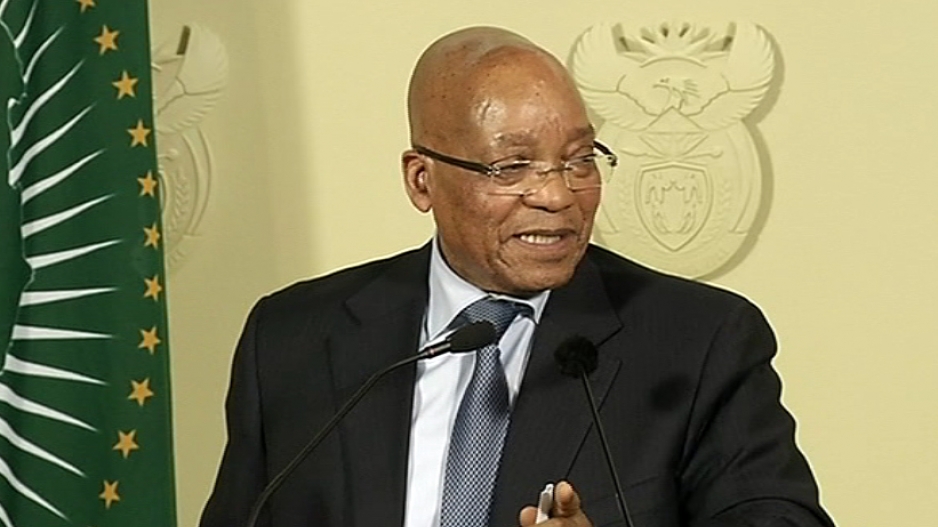 In a media briefing to provide an update on progress made since his State of the Nation Address, President Jacob Zuma said the death of Cecil the lion was not a matter worth debating.

PRETORIA – President Jacob Zuma joked and laughed when responding to a question about the famous lion ‘Cecil’ which was illegaly hunted by Walter Palmer, a dentist from America.

The hunting incident took place at the Hwange National Park in Zimbabwe in July and caused international outrage. Cecil, a rare black-maned lion was lured from the park and killed by a Palmer who used a bow and arrow.

The president was giving an update to progress made since the State of the Nation address earlier this year.

David Smith, a journalist from the Guardian newspaper asked Zuma for his opinion about the incident.

“I think Zimbabwe has its own laws about hunting – I don’t think its really a matter that we should debate that much,” he said.

“It’s a matter for Zimbabwe,” said Zuma while laughing.

The President said he thought it was a misunderstanding and that the hunter didn’t know that Cecil the lion was so popular and that’s what caused a problem.

“I really didn’t think it could become such a big issue,” said Zuma.