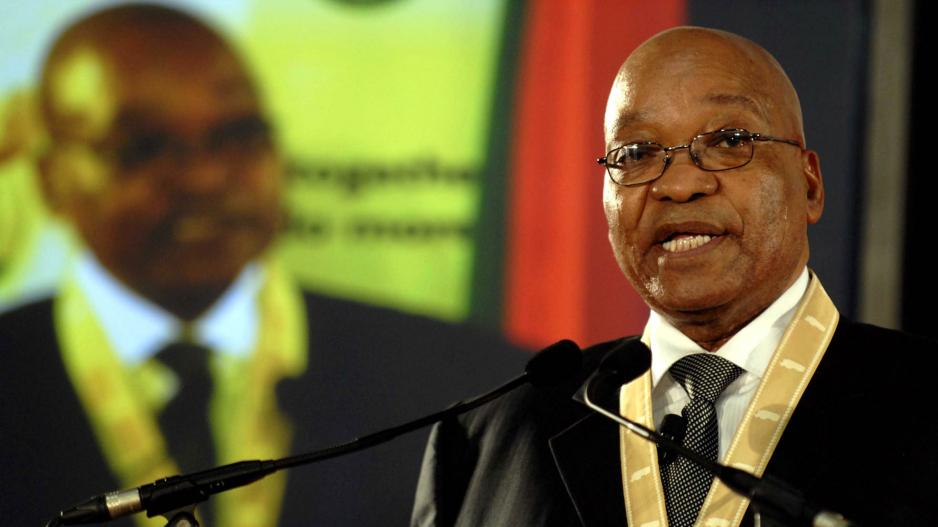 FILE image (December 11, 2009) of President Jacob Zuma speaking during a National Orders ceremony in Pretoria, where South Africans were honoured for their bravery and achievements in their respective fields.

"We honour men and women who have left definitive footprints in both the struggle for liberation and also in building a better South Africa," Zuma said in a speech prepared for delivery in Pretoria.

Fifty-four people were singled out for orders in bronze, silver, and gold for varying degrees of achievement.

One of those honoured was Elizabeth Barrett, who was awarded the Order of Mendi for Bravery in bronze for saving 14 children from a burning house and her services to orphans and street children.

"We also dedicate this award to heroes of our struggle for freedom, Russel Maphanga, Indres Naidoo, Reggie Vandeyar and Sirish Nanabhai."

Naidoo, Vandeyar and Nanabhai were some of the first Indians to be arrested for Mkhonto Wesizwe activities.

The bronze Order of Ikhamanga was bestowed on Olympic runner Caster Semenya.

"In this class we honour our celebrated athlete Mokgadi Caster Semenya, who stood firm and resolute against prejudice and went on to become an Olympic gold medalist," Zuma said.

"[Sono] has excelled as a gifted player, as a coach and a mentor who takes efforts to unearth youth soccer talent."

The Order of the Baobab was bestowed on Tshepo Khumbane and Abraham September in bronze.

The order in silver was awarded to Raymond Ackerman for fighting for consumer rights during the apartheid, as well as banker Chris Ball.

Alex Boraine, Katrina Esau and Dawid Kruiper also received the Order of the Baobab. It was posthumously bestowed on Frederick van Zyl Slabbert

The Order of Luthuli was awarded to South Africans who had made meaningful contributions to the struggle for democracy, human rights, nation-building, justice, peace and conflict resolution.

Ruth First, who was killed with a parcel bomb by apartheid agents, was also honoured in this category.

"The late Mr Wolfie Kodesh, a journalist who, together with Ms Ruth First exposed the appalling working conditions of farm workers in the Eastern Transvaal is also recognised posthumously for this award," Zuma said.

The Order of Mapungubwe for excellence in science and technology was awarded to Namrita Lall, Ismail Mohamed, Simon Schaaf, David Barry Schoub and William Soga.

The Order of the Companions of OR Tambo was awarded to foreigners for their roles in promoting peace, co-operation and friendship towards South Africa.

"As we mark 20 years of freedom, we fondly remember the landmark and historic music concert honouring Madiba in London, which was organised by Mr Jerry Dammers.

"We also confer the Companions of OR Tambo Award to Mr Thomas Karis who wrote volumes on the history of our struggle," Zuma said.