UPDATE: I'll be by Gordhan's side in court: Kathrada 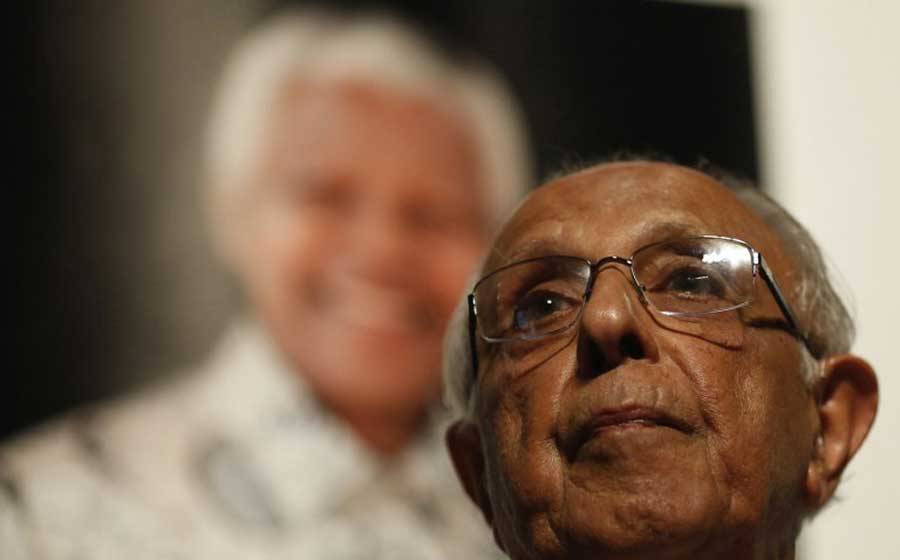 Johannesburg, 03 April 2016 - ANC struggle stalwart Ahmed Kathrada has called on President Zuma to resign. In a letter addressed to Zuma, He tells Zuma that if he were in his shoes, he would resign with immediate effect.

Kathrada, through his foundation said he will be by Gordhan's side when he appears in court next month.

The struggle veteran slammed the charges, calling them an attempt to frustrate the minister into stepping down.

President Jacob Zuma said on Tuesday that he backs Finance Minister Pravin Gordhan who was issued with a formal summons to appear in court on 2 November over fraud charges.

"The President has reaffirmed his support for the Minister," the Presidency said in a statement.

LISTEN: Gordhan: Who are the Hawks serving?

"The President has urged the National Prosecuting Authority and other institutions concerned to conduct the matter with the necessary dignity and respect."

Since then, Gordhan has regularly clashed with Zuma loyalists when vowing to battle poor governance and graft in a government that has been engulfed by regular corruption scandals.

Gordhan was summoned to appear in court in Pretoria on November 2.

Shaun Abrahams, head of the National Prosecuting Authority (NPA), told reporters that Gordhan would be prosecuted for alleged misconduct over a retirement package paid to a colleague in 2010.

Gordhan and two others "must be prosecuted and arraigned" for fraud, Abrahams said.

Abrahams repeatedly denied that the NPA was being politically influenced, and he lashed out at criticism that it was not independent.

"The days of non-accountability and not holding senior government officials accountable are over," he said.

The NPA said the case focused on allegations that Gordhan illegally authorised the retirement payment for a colleague at the tax collection department, which Gordhan headed between 1999 and 2009.

Gordhan, who first served as finance minister from 2009 to 2014, is widely seen as engaged in a months-long battle within the ruling African National Congress (ANC) party over control of the treasury.

He has often clashed with Zuma and senior ministers over alleged excessive spending, particularly at cash-bleeding state-run entities such as South African Airways.

"I received a phone call from my family that someone had come to my house to issue the summons this morning," Gordhan, 67, told an economics forum in Johannesburg, according to local media.

"South Africans must ask who the Hawks (police) are really serving," he added, pointing to suggestions of political interference.

A statement from the Finance Department said "it is quite clear that these legal proceedings are contaminated by abuse for political ends."

"I intend to continue doing my job," said Gordhan in the statement.

"The fight against corruption, maladministration, and waste of public resources will continue."