Zuma said he 'would not allow police to arrest Bashir': Mugabe 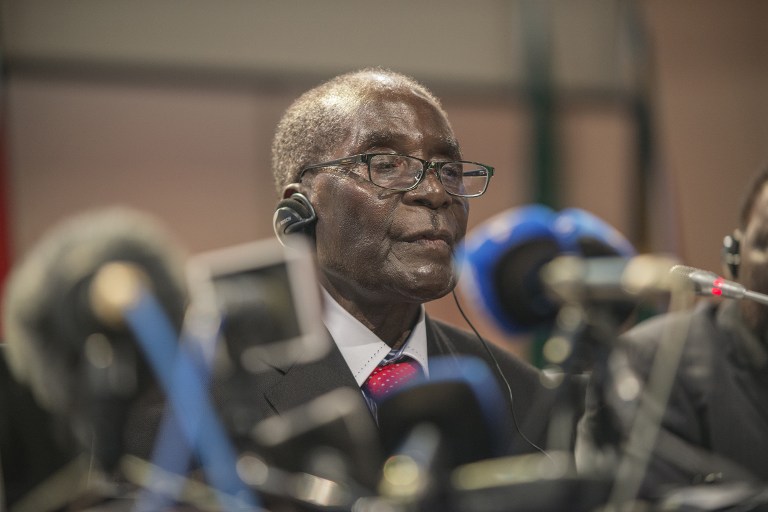 JOHANNESBURG - South African President Jacob Zuma had vowed to not allow police to arrest Sudanese President Omar Al-Bashir, African Union chairman Robert Mugabe said at a media briefing following the closing of the AU summit in Johannesburg in the early hours of Tuesday.

”Zuma was telling me that one of the NGOs went to court, and I am quite sure they were used by outsiders,” the Zimbabwean president said.

”He [Zuma] said President Bashir would not be arrested, as he would not allow police here to arrest him.”

The summit, which was held from June 7, was officially closed by Mugabe some time after midnight.

Bashir departed for Sudan on Monday, despite a high court order preventing him from leaving South Africa. His departure sent mixed reactions across the country, with opposition parties accusing the government of violating a court order.

Bashir has been indicted by the International Criminal Court for war crimes, crimes against humanity, and genocide against some of the tribes of Sudan’s western Darfur region. Two warrants of arrest were issued against him in 2009 and 2010. As a member of the ICC, South Africa is obliged to arrest him and surrender him to the ICC.

An application before the High Court in Pretoria was brought by the Southern Africa Litigation Centre which wanted South Africa to arrest Bashir who was in the country to attend the 25th AU summit.

But Mugabe said the ICC was not wanted in the continent.

”This is not the headquarters of the ICC, we don’t want it in this region at all. There is a view that we should withdraw from the ICC…unfortunately, the treaty that set up the court was not signed by the AU, but by individual countries,” Mugabe added.

”The ICC was there to help us try cases, especially cases of violence in any country during an election, but those who signed are now regretting that. As Zimbabwe we said no to submitting ourselves to outside justice, we never signed up with ICC.”

Non-governmental organisations such as the SALC were used and funded by foreign governments.

”There is no African country without an NGO, which is nonsense. Their host country did not set them up, they were set up by other governments, mainly European governments who pay them to be their informers about our actions, and how we run our countries.”

AU commission chairwoman Nkosazana Dlamini-Zuma said there was no issue at the AU about Bashir attending the summit.

”Sudan is a member of the AU and he [Bashir] always attends, I do’nt know what the fuss is all about.”

”When a country prepares to host, it signs an agreement with the AU on what is expected of it and the country hosts according to the requirements of the AU.”

She added that the AU had no relations with the ICC.

”The AU has nothing to do with the ICC, the ICC has states as parties to it, AU is not a state so there was nothing new regarding President Bashir as he always attends the meeting anywhere in the continent,” Dlamini-Zuma concluded at the summit.