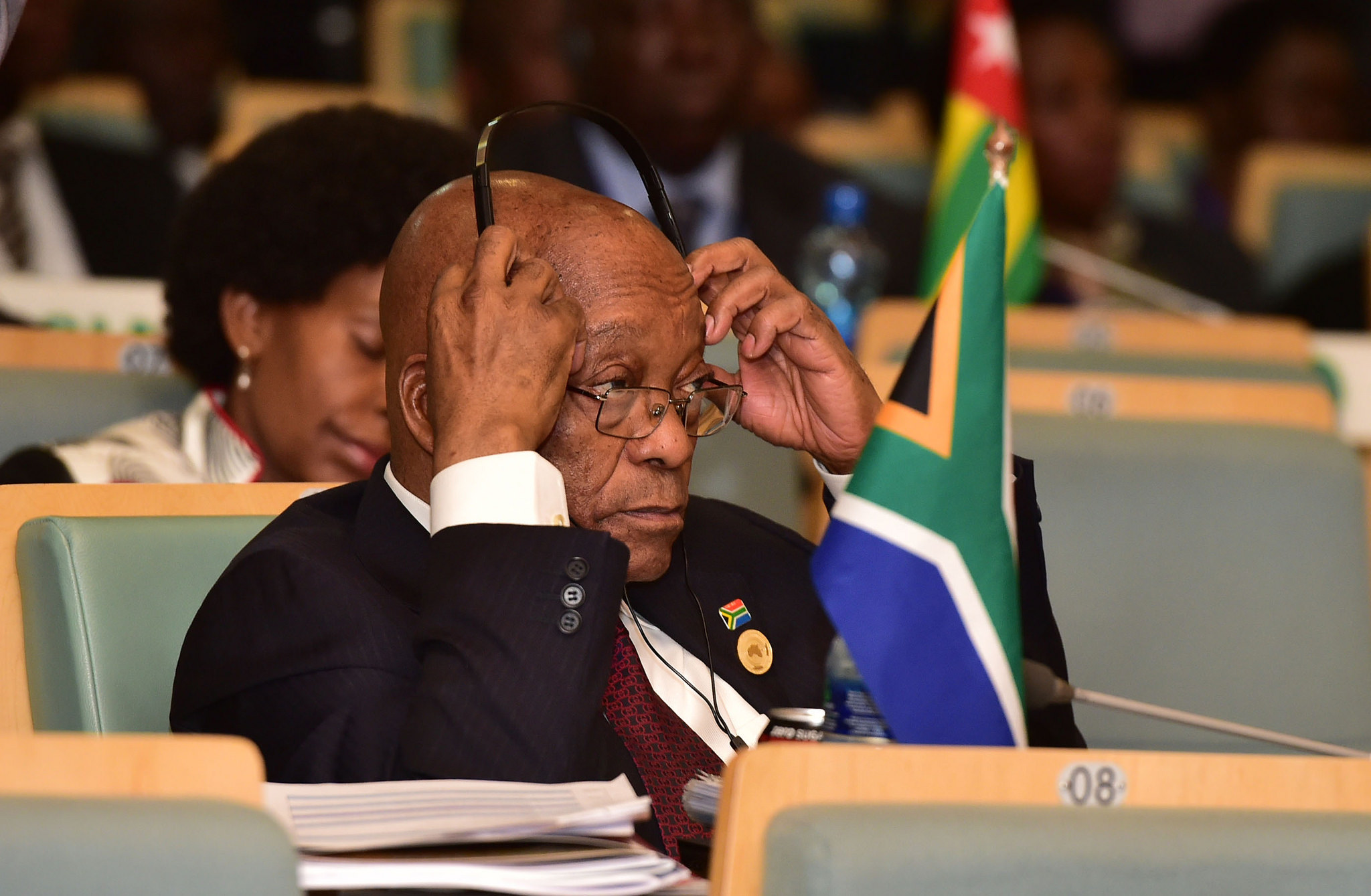 President Jacob Zuma attends meeting of the Heads of State on the African Peer Review Mechanism (APRM) prior to the 30th Ordinary Session of the Assembly of Heads of State and Government of the African Union (AU) in January 2018.

JOHANNESBURG – The Neslon Mandela Foundation has reiterated it calls for President Jacob Zuma to resign.

Zuma’s future has been subject to speculation amid a host of African National Congress (ANC) top structure urgent meetings of late.

The foundation says it has been calling for the president’s resignation for over a year now and “have now reached a point where South Africans can no longer wait for him to do so.”

“From December we have watched, sometimes in disbelief, as the floodgates of testimony have opened. Hearings, investigations, inquiries, and other forms of disclosure are providing overwhelming evidence that systematic looting by patronage networks linked to President Zuma have betrayed the country Nelson Mandela dreamed of as he took his first steps of freedom twenty-eight years ago,” it said in a statement.

READ: Zuma should heed calls and step down: Mandela Foundation

Its says the removal of one person [Zuma] will not address deep-rooted and systemic corruption though.

“The challenge is to identify and uproot multiple networks at different levels."

Media statement: Time is of the essence - Zuma must go https://t.co/bMXkwne7SC pic.twitter.com/Z8DLOu2NvL

“We applaud the work already being done by the governing party and the state to act against such networks. This work will require years of endeavour, and we call on all South Africans to commit to supporting it,” reads the statement.