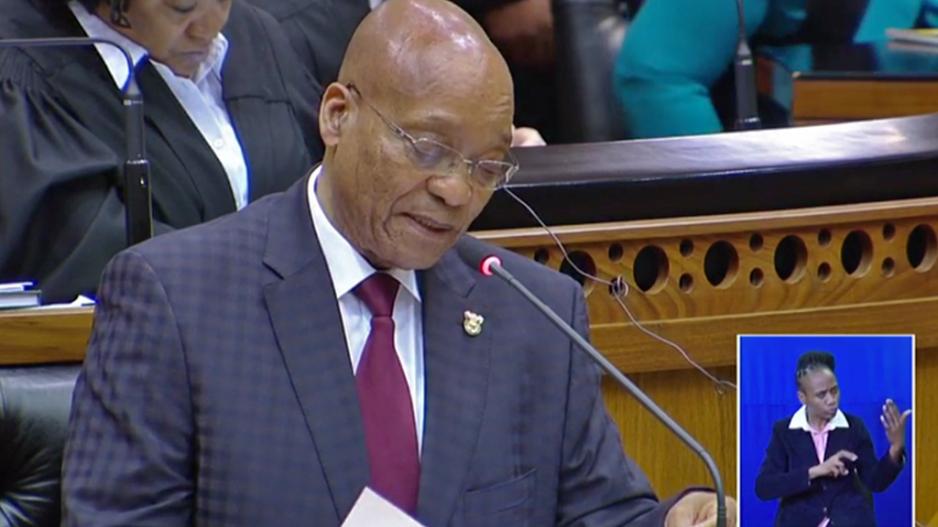 Zuma made the statement on Thursday ahead of his question and answer session.

He said government condemns the ongoing violence and looting of foreign shops that has spread across KwaZulu-Natal and Gauteng over recent weeks.

He called for an end to the violence, adding that South Africa is not a xenophobic nation.

“We condemn the violence in the strongest possible terms. The attacks violate all the values that South Africa embodies, especially the respect for human life, human rights, human dignity and Ubuntu.

"We stand firmly against all intolerances such as racism, xenophobia, homophobia and sexism,” said Zuma.

Zuma also urged citizens not to allow criminals elements to be covered as xenophobia.

“Many contribute to the economy and social development of the country. Many bring skills that are scarce that help us to develop the economy and are most welcome to live our country," he said.

Zuma said refugees and asylum seekers will be accorded support in line with international law and protocols, with the support of the United Nations High Commissioner for Refugees.