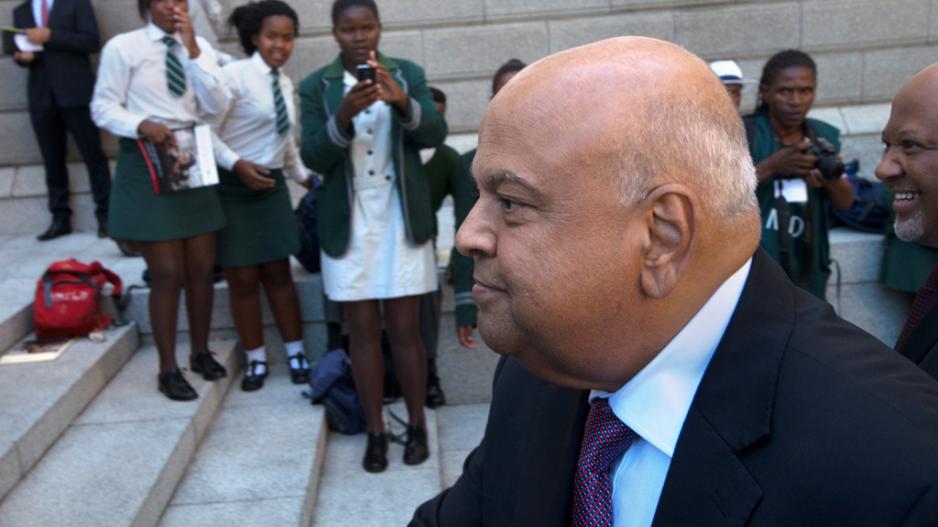 South Africa's Finance Minister Pravin Gordhan climbs stairs as he walks towards the National Assembly building in the South African Parliament, to deliver his 2017 Budget address, on February 22, 2017, in Cape Town.

JOHANNESBURG - President Jacob Zuma has given an urgent instruction to Finance Minister Pravin Gordhan and his deputy, Mcebisi Jonas, to return from an investor roadshow in the UK and US.

'President Jacob Zuma has instructed the Minister of Finance, Mr Pravin Gordhan and Deputy Minister Mcebisi Jonas to cancel the international investment promotion roadshow to the United Kingdom and the United States and return to South Africa immediately," the presidency issued a statement on Monday afternoon.

Zuma reportedly contacted Gordhan in London overnight, ahead of the UK leg of the roadshow which commences today (Monday). The US leg has already been cancelled.

Gordhan and Jonas have said in the past that they are serving at the behest of President Jacob Zuma and only he can decide on their future.

Their remarks come amid widespread speculation that their jobs may be on the line through a cabinet reshuffle.

President Zuma has dodged speculation about a possible reshuffle since late last year.

*This is a developing story - we will publish further information as it becomes available.