BLOG AND VIDEO: Zuma says he will not resign, asks 'what is the rush?' 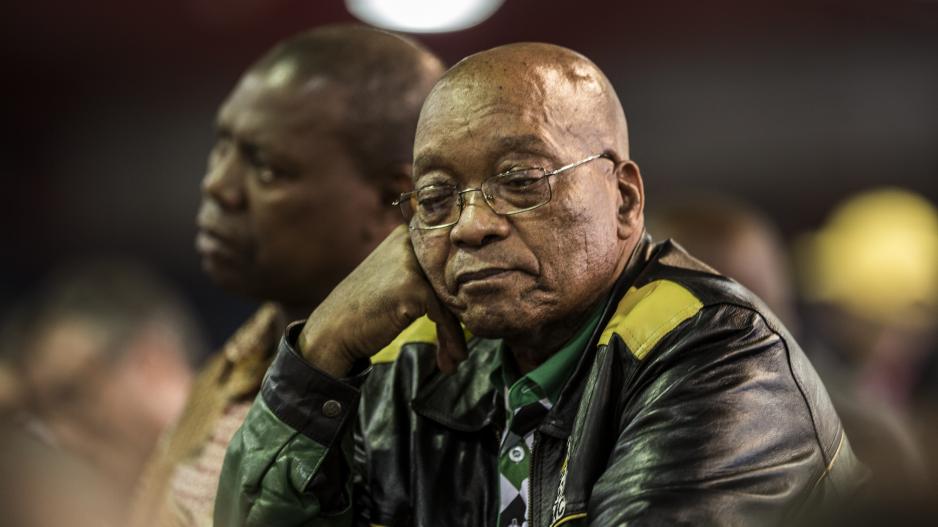 Editor&39;s note: This live event has ended. You may watch a recording above.

JOHANNESBURG - President Jacob Zuma unexpectedly addressed the media, through the SABC, on Wednesday afternoon, saying he will not resign now, despite immense pressure by his own organisation.

‘It is a kind of ANC that I’m beginning to feel there’s something wrong here,’ says Jacob Zuma.

’Will you resign?’ the journalist asks.

He said he has done nothing wrong and does not agree with the ANC NEC&39;s reasoning for recalling him.

He also said he was in favour of recalling former President Mbeki, a statement that has been disputed.

He talking rubbish, CR is the one who opposed it. Zuma told me that we should remove Mbeki because he can’t work with him.

Parliament on Wednesday said that National Assembly Speaker Baleka Mbete, has agreed to schedule the motion of no confidence in President Jacob Zuma for Thursday.

The motion was brought by the Economic Freedom Fighters.

“The Speaker’s decision was made after consultation with the Leader of Government Business and the Chief Whip of the Majority Party and is subject to the National Assembly’s Programme Committee agreeing to the scheduling of a sitting for 15 February 2018,” Parliament said in a statement.

The EFF had wanted the motion to be a secret ballot, however, Mbete had determined that voting would be by open ballot.

There is still word yet on when Zuma will step down, but the African National Congress (ANC) has had enough and wants a new President for the country by Friday.

The Presidency said no official communication has been issued on a media briefing by Zuma on Wednesday.

President Jacob Zuma was innitially expected to address the nation on Wednesday morning.

The ANC&39;s National Executive Committee has asked him to leave office.

It&39;s not known if the President will give in to his party&39;s wishes.

On Wednesday afternoon, the ANC caucus in Parliament announced it would proceed with a motion of no confidence in Zuma on Thursday if he does not resign on Wednesday.

READ: 5 key moments from the briefing on Zuma recall

Zuma has asked the ANC to give him more time in office. The NEC refused.

ANC chairperson Gwede Mantashe has warned the president that he&39;ll face tough consequences if he clings to power.