'State capture, what is the state?' 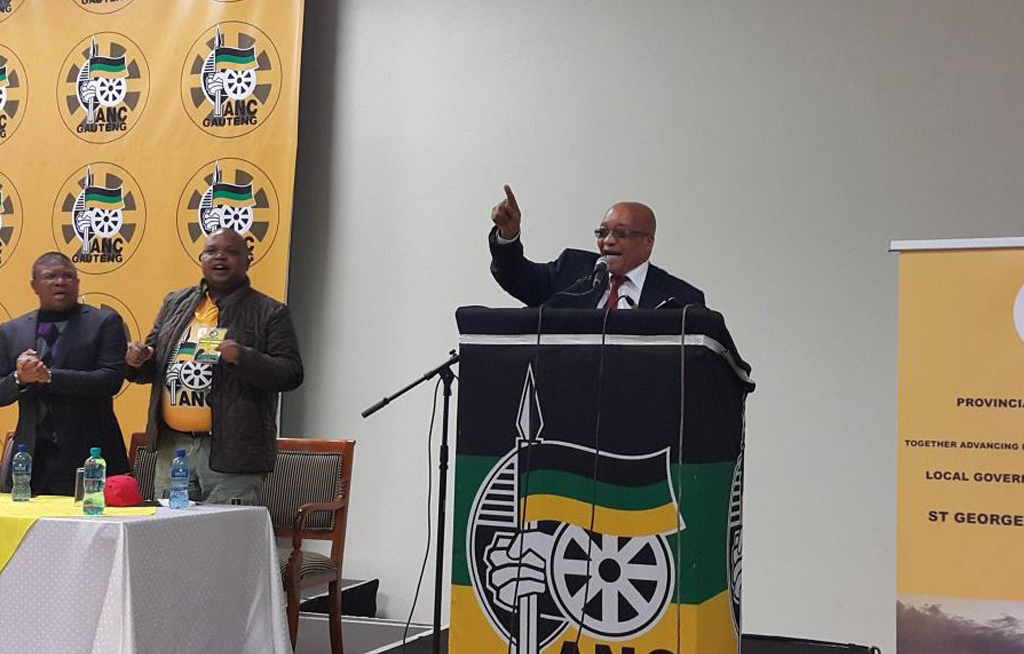 IRENE - ANC President Jacob Zuma&39;s warned the party it risks losing power if it fails to understand it.

He says the state hinges on political, economic and security power, and rubbished so-called state capture, a reference to undue influence by powerful individuals such as the Gupta family.

Zuma said the reaction to his sacking of Nhlanhla Nene displayed a lack of understanding of power.

At the height of the Nkandla fallout last month, the Gauteng ANC leadership set the cat among the pigeons, when it subtly hinted at President Jacob Zuma&39;s resignation by calling on him to do the right thing.

Their stance meant they were swimming against the tide of national, and other provincial structures who were closing ranks around the president.

So it was only to be expected Zuma’s first major address to the province since then, would be highly anticipated.

While the leadership may have been less than enthusiastic about Zuma&39;s apology over Nkandla, there was plenty of enthusiasm for the man himself upon his arrival at the event.

Before Zuma even spoke, the provincial chairperson moved to clear the air

"When we pronounce on some issues, we&39;re wrongly perceived as anti-Zuma. We&39;d like to say categorically that we&39;re not against the President, but we always deal with issues on the basis of principle," said ANC Gauteng Chairperson, Paul Mashatile.

This set the tone for the president.

"If you talk about state capture, you&39;re misleading people. You&39;re taking a small issue and making it a big issue. Is the judiciary captured? Is the legislature captured? Politicians love it - state capture, state capture, what is the state?" Zuma said.

Zuma: &39;If you talk about state capture you&39;re misleading people. You&39;re taking a small issue and making it a big issue&39; ANCPGC

"When I took that decision, kakungathi izwe liyabhubha [the reaction was as if the world was ending]. This is another example of how we don&39;t understand power."

With local government elections approaching, he urged unity among his comrades.

Zuma:&39;When we go for elections, we must be like an army that doesn&39;t sleep. Must be everywhere in the country, with a military plan&39; ANCPGC

Just how much can be read into Zuma&39;s rapturous reception by branch delegates will become clearer by the end of the weekend, when closed-door discussions end and resolutions are taken.