'Zuma's son has right to do business with Guptas' 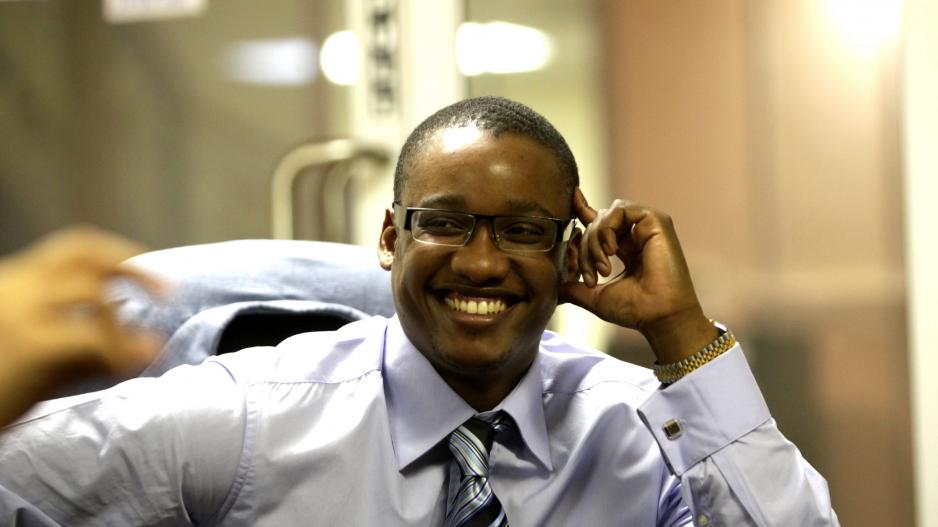 Duduzane Zuma failed to appear at an inquest on Tuesday into a car accident in which he is a suspect.

PRETORIA – The relationship between the President Jacob Zuma&39;s son, Duduzane, who does business with the controversial Gupta family, is no ANC matter unless it impacts the ANC, this is according to African National Congress secretary general Gwede Mantashe.

Mantashe told journalist on Sunday that Zuma&39;s son had a right to do business with the Guptas family.

Children of politicians must also be allowed to make their own decisions and pursue their business and professional interests, he said.

“The notion that families of politicians are proxies of politically-connected individuals… is dangerous in that if you are a politician and you have children, you send them to school and they become professionals, they must not work until you stop being active in politics. It can’t work that way,” Mantashe told reporters in Pretoria after the ANC’s three-day national executive committee (NEC) meeting.

“Once I have a child who is a professional and an adult, that adult child must take his decisions. If [President] Jacob Zuma’s son is in business with [the] Guptas, that is something else. What will concern us is only when that relationship has impacts on the ANC. Who relates with who, who does business with who is not what we should be preoccupied with in the ANC.”

Zuma’s son Duduzane is involved in business with the politically-connected Gupta family and has repeatedly been accused of being a conduit of corruption.

President Jacob Zuma arrives back at ANCNEC meeting after he concluded his Cosas engagement. pic.twitter.com/PSZ4T0yVET

Mantashe said the ANC would safeguard itself if it established that the relationship was impacting the party.

“You don’t just come to a determination because people say so. It doesn’t work like that in real life.”

He said the possibility of Zuma stepping down “didn’t even arise” at the NEC.

The ANC would not allow “a situation where leaders are converted into agents of business interests”.

“Once you have done that there is a danger of [state] capture. That danger of capture will destroy the state. Everybody is alive to that issue but we have started the debate,” said Mantashe.

Asked if Zuma is not “captured”, Mantashe responded: “I think that is a wrong question, not only unfair. You are saying to me ‘make a judgement’.”

He said the purported influence of the Gupta family on Zuma would be investigated by the party.

The NEC had frank and robust discussion on the serious allegations surrounding the Gupta family and its purported influence in the appointment of ministers, their deputies, and other positions in key state-owned entities in their interests.

“Such actions have no place in the ANC or its government, as they have the potential to undermine and erode the credibility and confidence of our people in the leadership of their organisation, the ANC and its government. We reject the notion of any business or family group seeking such influence over the ANC with the contempt it deserves while also recognising the need to act to protect the integrity of our government and our organisation.”

The NEC mandated party officials and the national working committee (NWC) to gather all pertinent information about the allegations to enable the ANC “to take appreciate action on this matter”.

“The ANC calls on all members who have information to approach the secretary general’s office,” said Mantashe.

The NEC would develop a code of conduct for ANC members doing business with the state.

Among others, Deputy Finance Minister Mcebisi Jonas dropped a bombshell on Wednesday by confirming reports that the Gupta family had approached him to take over as finance minister a few days before Zuma fired Nhlanhla Nene from the post.

Also this week, former ANC MP Vytjie Mentor said Zuma was present several years ago when the Guptas offered her the post of public enterprises minister, held at the time by Barbara Hogan.

Meanwhile as the NEC meeting was held, there were some members of the ANC who protested against alleged state capture.

As their numbers grow, the picketers have found their voice. 3 minibus loads have arrived. ANCNEC RonaldLamola pic.twitter.com/VItH8xMhE9

Watch the video in the gallery above for the full NEC press briefing.