Southeast Asia pirates on the prowl 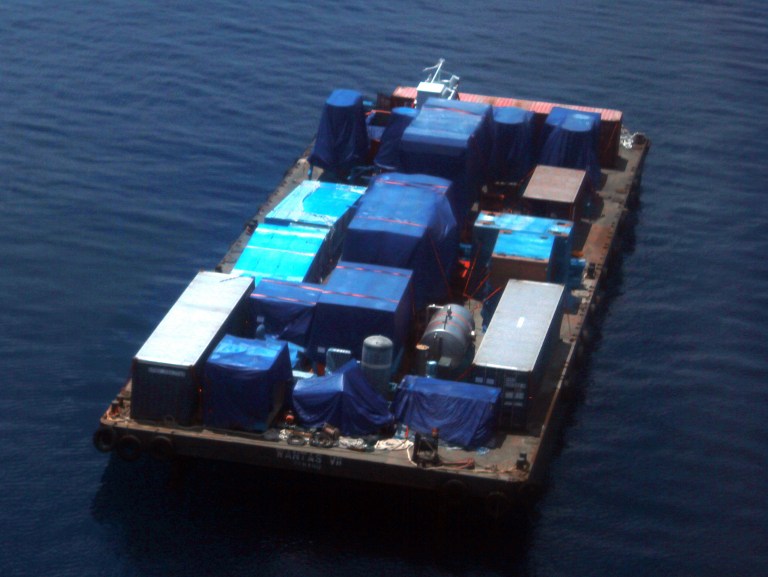 KUALA LUMPUR - A spate of daring high-seas attacks off Southeast Asia is stoking fears that its vital shipping lanes could once again become a hotspot for piracy unless regional powers act fast.

For centuries, pirates were the scourge of the Malacca Strait -- the strategic channel between Indonesia, Malaysia, and Singapore through which a third of global trade now passes.

They were largely put out of business about five years ago by stepped-up patrols.

But several tankers or cargo ships have been attacked in Southeast Asian waters since April, with pirates hijacking the vessels before syphoning off hundreds of tonnes of valuable fuel or oil.

The increasing booty of oil and other cargo floating through local seaways appears to be drawing in new players, possibly underpinned by organised criminal syndicates, according to anti-piracy experts.

"Everybody is concerned about these latest attacks because they know it will worsen," said Noel Choong, head of the International Maritime Bureau&39;s (IMB) piracy reporting centre in Malaysia.

"It will become rampant again and you will have a hard time stopping it. That&39;s how Somalia got started."

In recent years, global concern over piracy has focused on attacks by trigger-happy Somali pirates off East Africa.

An international naval effort has virtually stamped out that threat -- but in the meantime, Southeast Asian piracy attacks have crept back up, increasing from 46 in 2009 to 128 last year, according to the IMB, and are on a similar pace for 2014.

Most are localised robbery attempts in Indonesia&39;s vast waters for relatively small stakes, the IMB says. It adds that major lanes like the Malacca Straits remain safe, with only one attack this year.

Tens of thousands of ships pass through the strait annually.

But the spurt of brazen incidents raises fears of a return to the frequent hijackings and kidnappings by mostly Indonesia-based armed pirates seen a decade ago, especially as successful piracy usually breeds more.

In one attack on May 28, the Thai tanker MT Orapin 4 was hijacked north of Indonesia&39;s Bintan Island.

The pirates reportedly painted over its name, destroyed communications equipment and brought in a smaller tanker vessel to syphon off much of the ship&39;s 3,700 metric tonne oil cargo. The vessel and crew were later released.

Similar incidents have been repeated, possibly indicating serial action by the same gangs.

"Maritime crime has always been an issue in the region, but we are seeing an increase in hijackings for cargo. The black market for marine gas oil is extremely lucrative," said David Rider, editor of the Maritime Security Review, who wrote recently that the new attacks had "taken everyone by surprise".

But the lucrative stakes could lead to more attacks, with East and West Africa offering chilling cautionary examples.

The lust for tanker cargoes has turned waters near oil-rich Nigeria into the world&39;s major area of piracy concern due to the often deadly shoot-first attacks by gun-toting pirates, Choong said.

"Where there is money, the pirates emerge," he said.