Missionary with Ebola lands in Madrid 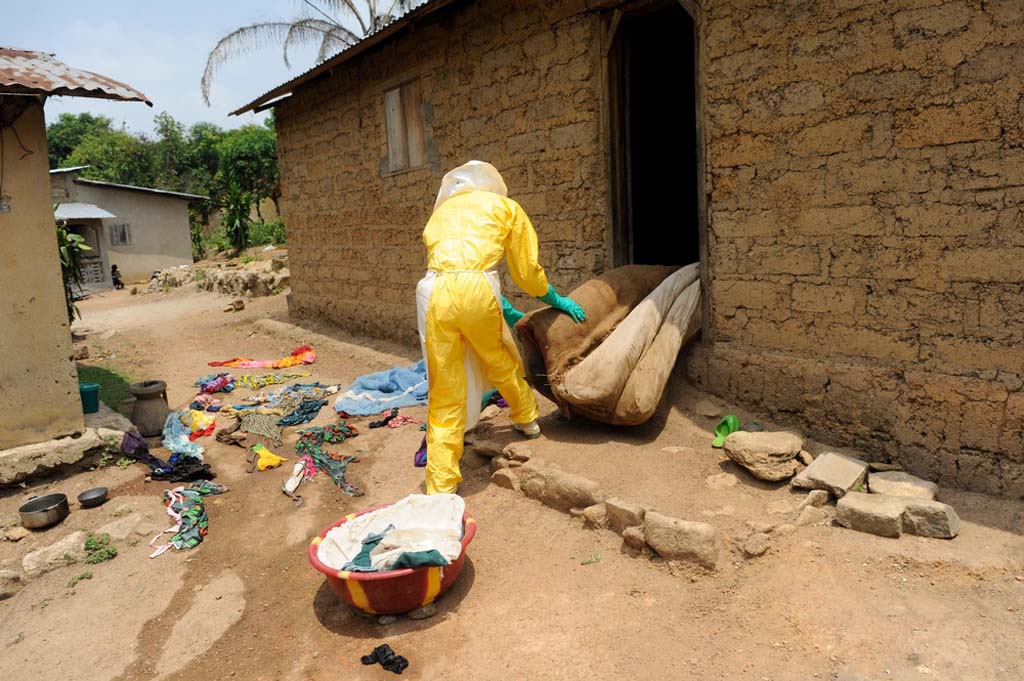 A medical staff member at an isolation unit in Conakry, Guinea on May 1, 2014. Mdecins Sans Frontires staff referred suspected cases to the isolation unit and was following up people who have been in contact with the sick.

MADRID - An elderly Spanish missionary infected with the deadly Ebola virus in Liberia landed in Madrid Thursday, becoming the first patient in the fast-spreading African outbreak to be evacuated to Europe for treatment.

An Airbus A310 carrying 75-year-old Roman Catholic priest Miguel Pajares landed at the Spanish capital&39;s Torrejon military air base at 8:15 am (0615 GMT), the Defence Ministry said in a message on Twitter.

Pajares tested positive for Ebola at the Saint Joseph Hospital in Monrovia where he worked, according to the Spanish aid organisation he works for, Juan Ciudad ONGD.

Since breaking out earlier this year, the disease has claimed 932 lives and infected more than 1,700 people across West Africa, according to the World Health Organisation (WHO).

Other cases have been reported in Guinea, Sierra Leone and Nigeria.

Ebola causes severe fever and, in the worst cases, unstoppable bleeding. It is transmitted through close contact with bodily fluids, and people who live with or care for patients are most at risk.

The Spanish priest had been in quarantine at the Saint Joseph Hospital in Monrovia, along with five other missionaries, since the death on Saturday of the hospital&39;s director from Ebola.

Two other missionaries who were in quarantine at the same hospital along with Pajares -- Chantal Pascale of the Democratic Republic of Congo and Paciencia Melgar Ronda of Equatorial Guinea -- also tested positive for Ebola.