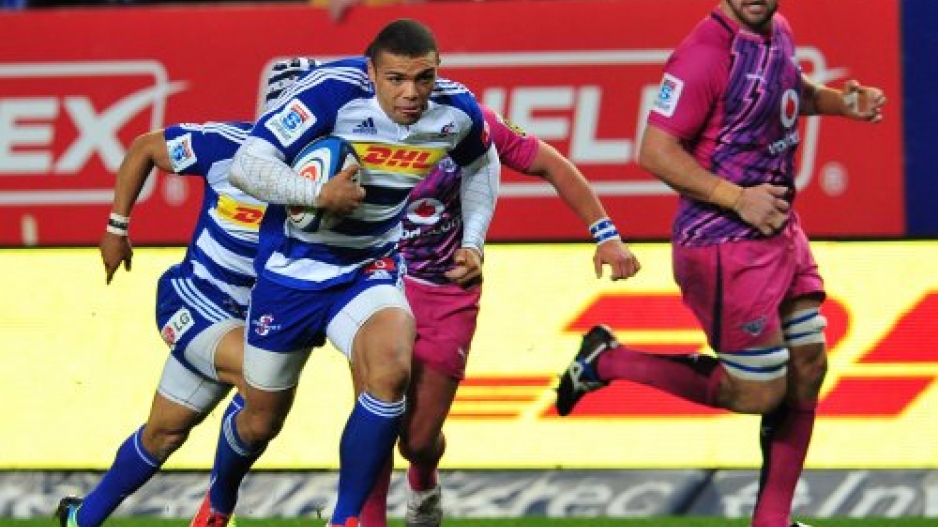 Bryan Habana of the Stormers breaks to score a try during the 2013 Super Rugby game between the Stormers and the Bulls at Newlands Rugby Stadium.

CAPE TOWN - The Stormers rounded off their 2013 Super Rugby season in thrilling fashion with a deserved 30-13 win over their arch-rivals, the Bulls.

The Stormers&39; victory also made sure the Bulls did not finish on top of the Super Rugby standings. The Bulls would now enjoy a home semifinal but are not assured of home advantage if they reach the final.

The Stormers&39; three-try to one victory placed them seventh on the overall Super Rugby standings.

Bulls flyhalf Morne Steyn looked for an opening-minute score via a dropped goal but his effort flew left of the posts. Moments later he did, however, put the Bulls in an attacking position with a tactical kick which took play to within 10 metres of the Stormers&39; tryline.

The Stormers adventurously counter-attacked from their own tryline and it was an early indication of how the Stormers were going to approach the game.

Twice in the space of five minutes the Stormers tore down the Bulls&39; defence with tries by lock Eben Etzebeth and Bryan Habana. Flyhalf Gary van Aswegen added both conversions.

In between the Stormers&39; touchdowns, Steyn slotted over a penalty.

The Bulls shook off the setback with a 20th minute try by fullback Zane Kirchner, and with Steyn goaling the conversion, the Stormer&39;s lead was shrunk to just four points.

The Stormers managed a territorial advantage as the first half wound towards the halftime mark and looked set to score on at least two occasions but handling errors paid put to their efforts.

Instead, the unerring boot of Van Sweden kept the scoreboard ticking over with a succession of three penalties.

On the stroke of halftime, Stormers captain was yellow carded and the decision by referee Craig Joubert didn&39;t go well down with the strong crowd of 45,416 whose reaction suggested it was a harsh call.

The 14-man Stormers returned from the break determined to continue to run hard at the Bulls defence and there were several promising raids on the tryline. But, as it turned out, it was no more than promising during this passage of play.

The Bulls managed to weather this ‘storm&39; in the opening 12 minutes after the restart but the pressure took its toll in the 55th minute when De Villiers crashed over after fine inter-play between backs and forwards.

Van Aswegen was on target again.

The Bulls found a second wind in the final 15 minutes of the match but against one of the most organised Super Rugby defences they came up short thrice in the space of seven frantic minutes at the death.