Pirlo the 'Mozart' named player of the season 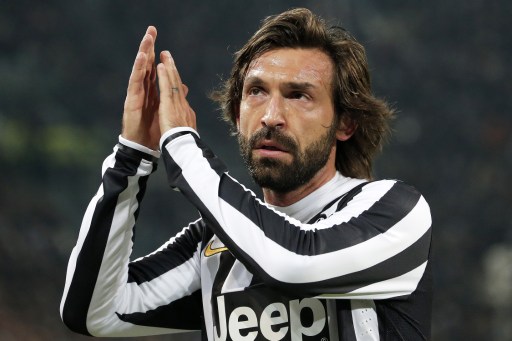 Italian football great Andrea Pirlo was named Serie A player of the 2012/13 season on Monday by his fellow players.

ROME - Italian football great Andrea Pirlo was named Serie A player of the 2012/13 season on Monday by his fellow players.

The 34-year-old Juventus playmaker - a pivotal player in the Italy side that won the 2006 World Cup and is set for another appearance in the finals in Brazil later this year - said the award meant extra because it came from his fellow players.

The former Brescia, Inter Milan and AC Milan star - nicknamed &39;Mozart&39; by the Juventus fans for his supreme talent - was also named in the team of the season.

"The fact the vote was by my colleagues makes it extra special," he said before adding he would be remaining with Serie A champions Juventus.

Aside from him the team featured unpredictable Italian striker Mario Balotelli and Uruguayan international Edinson Cavani, who had a superb season for Napoli before leaving for French champions Paris Saint Germain in the close season for a transfer fee of 45million euros ($61million).