10 talking points about the Springboks 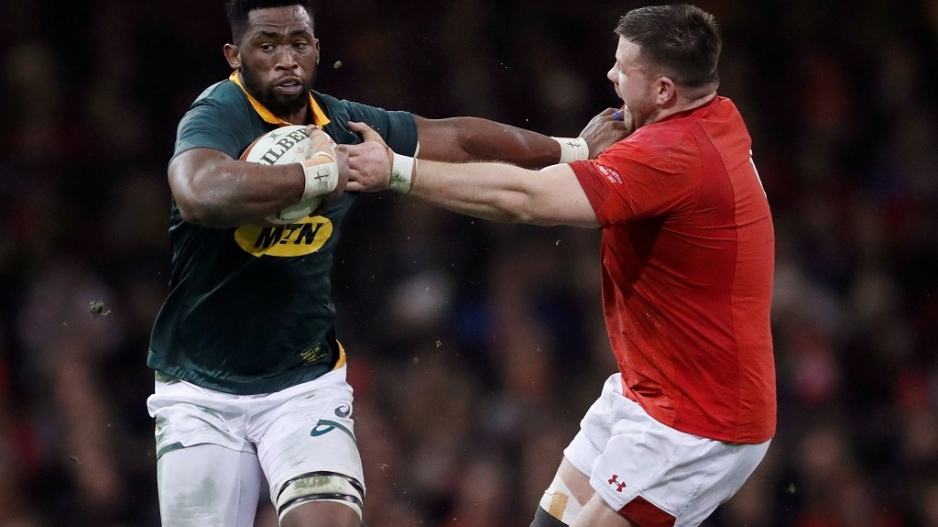 JOHANNESBURG - As South Africa gears up for the Springboks&39; Test against Wales in Washington on Saturday night, their first international of the season, here are 10 issues surrounding the team:

It seems crazy organising a Test on the other side of the Atlantic just seven days before hosting England, but coach Rassie Erasmus admits money is a factor.

"One reason for this match is it enables SA Rugby to make some money," he said, referring to the national body that posted a R33.3-million loss last year.

There is intense pressure on Erasmus to lift the Springboks out of the doldrums after predecessor Allister Coetzee won only 11 of 25 Tests in the past two seasons.

"Technically, there is not a better coach in South Africa than &39;Rassie&39;. In fact, he is one of the best in the world," was the optimistic view of Springbok great Victor Matfield.

Siya Kolisi is the first black player to captain the South African Test team, in place of injured Warren Whiteley.

Let’s all get behind the @Springboks today! Go get’em boys! springboks ssrugby RSAvWhal

Erasmus said he will review the position after the England series.

But even when Whiteley recovers, it is difficult to imagine Kolisi being stripped of the role unless things go horribly pear-shaped in the England series.

South Africans are offloading more often in the tackle and with greater skill, but a tendency remains to try to smash through opponents rather than find a way past them.

When it comes to unpredictable backline play, New Zealand remain supreme in the southern hemisphere, with many South African attempts at originality ponderous by comparison.

READ: Boks send inexperienced side to face Wales in US

Renowned in previous decades for watertight defending, South Africa conceded a lot of soft tries during the past two seasons, often due to half-hearted, technically poor tackling.

A particular weakness has been aerial defence with opponents like Ireland using high kicks to great effect, particularly against Springbok wingers.

South Africa continually suffer more injuries than most rivals, with four probable forward starters against England ruled out for this reason.

Whiteley has barely played in 12 months, Eben Etzebeth has not featured since November, and Malcolm Marx and Lood de Jager are more recent casualties.

While three home Tests against England in June will be revealing, the ultimate test of a hoped-for Springbok revival will come later against arch-rivals New Zealand.

They clash in September and October against a background of 11 All-Black victories in the last 12 Tests against the Springboks, including a record 57-0 rout last year.

Tired of predominantly "white" teams in a country with a 92 percent black population, the government is insisting at least 50 percent of the 2019 Rugby World Cup team in Japan must be black.

The target this year is 45 percent over the season, and Erasmus met it for the Wales Test by choosing 11 black players, seven of them starters and four replacements.

After years of challenging New Zealand for top place in the world rankings, South Africa have slumped to sixth, behind Ireland, England, Australia and Scotland.

Erasmus is confident this can change quickly, saying: "We can get back to number one or two in the world soon. We have the players to achieve this goal."

This is an area of South African rugby desperately needing improvement, with too many field kicks becoming nothing more than an invitation for rivals to counterattack.