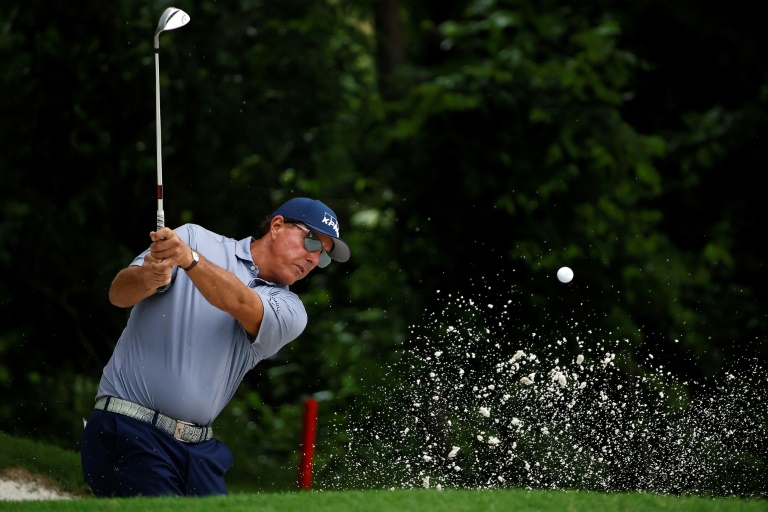 Phil Mickelson has finished second at the US Open a record six times but a victory next week at Torrey Pines would make him the sixth player to complete the career Grand Slam. AFP/Tom Pennington/Gallo Images

LA JOLLA - After becoming golf's oldest major champion, Phil Mickelson takes aim at the greatest prize he has never won, a trophy that has slipped agonisingly from his grasp -- a US Open title.

The American left-hander, a record six-time US Open runner-up, will be an emotional favourite when the 121st US Open tees off Thursday at Torrey Pines, only minutes from his San Diego home.

Mickelson delivered a shocking win for the ages by capturing his sixth major title last month at the PGA Championship, defeating Brooks Koepka and Louis Oosthuizen by two strokes at Kiawah Island to become the oldest major champion in history at age 50.

Mickelson will turn 51 on Wednesday, the eve of the opening round of the US Open at Torrey Pines, where he has won three times, although not since a major renovation in 2001. That's why he spent the past two weeks practising on the coastal layout.

"I'll try to put everything I can into that Open," Mickelson said. "I'll try to spend some time out there to just get comfortable on the golf course. Honestly, since the redo 20 years ago, I have not played that course as well as I would like to. I tried to force it."

Mental focus and discipline, two of the critical aspects of his victory on the windy Atlantic Coast last month, will be crucial again at the US Open.

"A lot of pins you can't go to, you have to play 50-60 feet away, and a lot of holes I get overly aggressive, obviously that's my nature," Mickelson said.

"There's a proper way to play it and I've seen it and I want to have the discipline to do it and so I want to spend some time out there to develop a good game plan."

Mickelson, ranked 31st, has as many US Open runner-up finishes as he does major wins.

Asked if the focus he managed at the PGA would enable him to avoid mental errors that have nagged him at the US Open, Mickelson, said, "No, after 35 years of that, it's just not going to go away."