All Blacks captain Read bows out in typical fashion 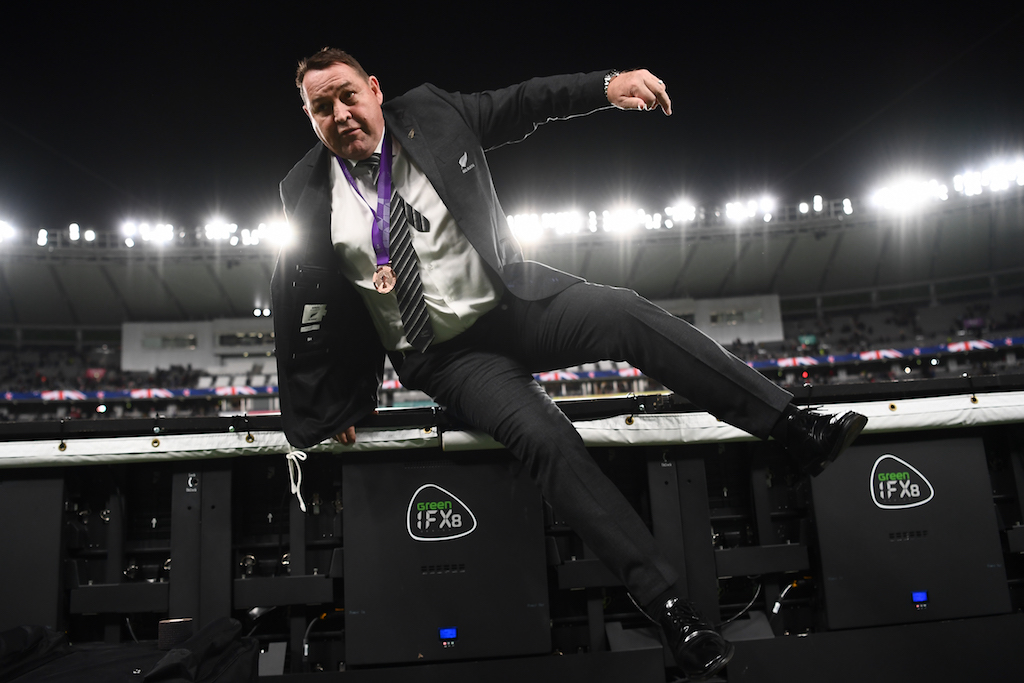 New Zealand's head coach Steve Hansen jumps onto the pitch after winning the Japan 2019 Rugby World Cup bronze final match between New Zealand and Wales at the Tokyo Stadium in Tokyo on November 1, 2019.

TOKYO - Kieran Read did not want a World Cup third-place play-off to be his last Test but you would never have known it from the way the New Zealand captain played during the All Blacks' 40-17 win over Wales in Tokyo on Friday.

The number eight had hoped his 127th international, his final match before he quits Tests and continues his club career in Japan, would have seen him leading New Zealand to a third successive World Cup title.

Last week's stunning 19-7 semi-final loss to England in Yokohama, however, put paid to that ambition.

Instead the 34-year-old Read, a double world champion, found himself leading his country in a match often labelled as the fixture no one wants to play in but which, in this case, preserved New Zealand's 66-year unbeaten run against Wales.

And yet from his passionate display in the traditional pre-match haka, or the fact he was the last man up from the bottom of the opening ruck, it was clear this was business as usual for Read, whose 52 Tests as New Zealand captain are second only to that of former team-mate Richie McCaw's 110.

"You see a crowd like this. Just awesome to pull on the jersey again. The guys really appreciate what it means to be an All Black," he added after a victory that saw him end his Test career with an astonishing win rate of more than 84 percent.

Read's 11 years an international have also seen him emerge as one of the finest ball-handling back-row forwards of his generation.

That passing skill was evident in the way he found Brodie Retallick before the lock's neat back-flick sent in prop Joe Moody for the first try of the match at Tokyo Stadium.

Read was one of several All Blacks bidding farewell to international rugby.

But while the likes of centre Sonny Bill Williams were replaced before the end, Read played on to the finish, not sparing himself in one of the most demanding positions in the game.

Read has always been the ultimate team man and that quality was in evidence again as he resisted pleas from his friends to kick a drop goal in the style of another great All Blacks back-row, Zinzan Brooke.

"It's one thing my mates give me stick about a lot –- that I've never got a dropped goal," a smiling Read said ahead of Friday's match.

"I just don't see it happening, unfortunately. I'll just do my job, what I've done all my career."

There may have been no drop goals but there was no denying Read's commitment and few would disagree with his words after the final whistle.

"This jersey does mean a lot," he said. "It's been part of my life for a long time.

"For me, it dictates that you try to leave it in a better place than you found it, so that's my aim for my entire career and hopefully I've done that."