All Blacks to name Hansen's successor in December 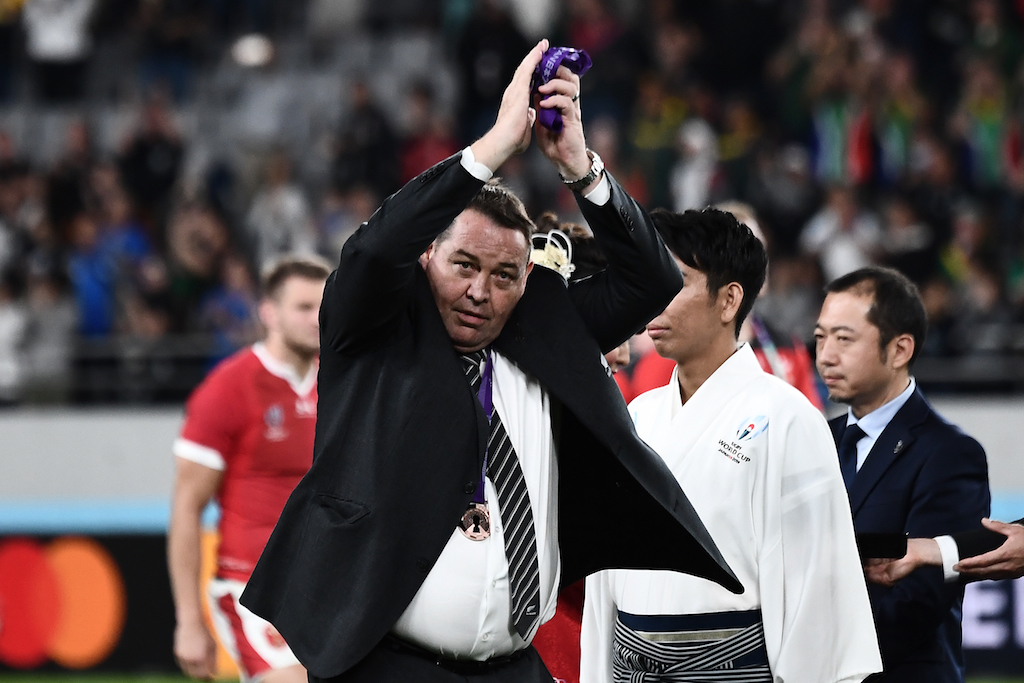 FILE: Former New Zealand coach Steve Hansen confirmed Monday he is taking up a role with the Toyota Verblitz in Japan's Top League.

AUCKLAND - New Zealand Rugby are compiling their shortlist of head coach candidates to take over from Steve Hansen and will announce his successor in December, chairman Brent Impey said on Tuesday.

Impey said earlier this month that 26 homegrown coaches had been identified to take over from Hansen, who guided the All Blacks to the 2015 World Cup title and a third-place finish at this year's edition in Japan before stepping down.

A number of leading contenders have ruled themselves out of the running for the job, including former Wales coach Warren Gatland and Jamie Joseph, who on Monday renewed his contract with Japan until the 2023 World Cup.

"We congratulate and wish Jamie well as he continues his work coaching the Brave Blossoms," Impey said in a statement. "We respect his decision and his abilities as a coach.

"The All Blacks head coach selection panel will continue their shortlisting process, with interviews and negotiations to be conducted through November and early December.

"We are looking forward to announcing the next head coach of the All Blacks next month."

Current All Blacks assistant Ian Foster and Crusaders coach Scott Robertson are among the favourites to take over.