All Blacks skipper to quit after World Cup 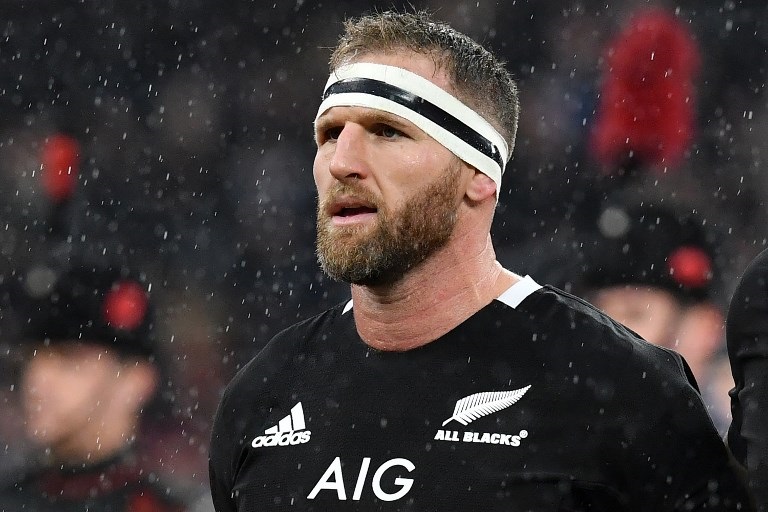 WELLINGTON - All Blacks captain Kieran Read announced on Wednesday he will retire from international rugby after this year's World Cup to play for Japanese club Toyota Verblitz.

The two-time World Cup winner, who will be chasing a third straight trophy this year, said the time felt right to leave.

"My family and I are looking forward to an overseas experience and Japan presents an awesome opportunity to immerse ourselves in Japanese culture as part of the Toyota club," the 33-year-old veteran of 118 Tests said.

Read said he wanted to get the announcement out early in the Super Rugby season so he could concentrate on playing for the Canterbury Crusaders and the All Blacks at the World Cup.

READ: SA Rugby to be strict with overseas clubs over players: Erasmus

"Knowing it's my last opportunity, I'm very motivated and can't wait to get into it," he said. "It's an exciting time."

"He's developed into a fantastic leader who has the utmost respect of all his peers," Hansen said.

"What he has achieved has been remarkable, and it's fair to say that he is one of the greats of our game."

Read made his All Blacks debut in 2008 and swiftly became the team's first-choice number eight, earning a World Rugby player of the year award in 2013.

He first tasted captaincy of New Zealand in 2012 as part of the All Blacks long-term succession plans, and eventually became the full-time skipper after the 2015 World Cup when Richie McCaw retired.

At the time, New Zealand were facing an exodus of talent, with the likes of McCaw, Dan Carter, Conrad Smith and Ma'a Nonu either retiring or moving overseas.

But Read maintained the All Blacks' high standards and ensured there was no post-tournament slump, keeping the team's win rate above 85%.

He also won three Super Rugby titles with the Crusaders and said he intends to live in Christchurch after his two-season deal in Japan ends.

Read said he was looking forward to working with former Springboks coach Jake White at Toyota.

"Japan's a bit closer to home than Europe and probably a bit easier on the body as well considering where I'm at in terms of my career," he said.

"They brought me in not just to play but also to mould their team and use all the experiences I've had in trying to help them out."

He hinted late last year that 2019 would be his final World Cup after lengthy spells on the sidelines caused by a wrist injury and a bulging spinal disc.

The All Blacks are keeping him in cotton wool ahead of the tournament, with Read missing at least the first six rounds of Super Rugby to minimise the risk of further injury.

Sam Whitelock has stepped in as captain during Read's injury-enforced absences but whether the 30-year-old is a long-term option remains to be seen.

Whitelock is rumoured to be eyeing a sabbatical playing in Japan after the World Cup, along with Brodie Retallick and Beauden Barrett.

Ben Smith, Liam Squire and Nehe Milner-Skudder have already announced they will quit the international scene after the tournament, along with long-time coach Steve Hansen.

There are also question marks over whether code-hopping star Sonny Bill Williams, Ryan Crotty and Owen Franks will stay with the All Blacks.