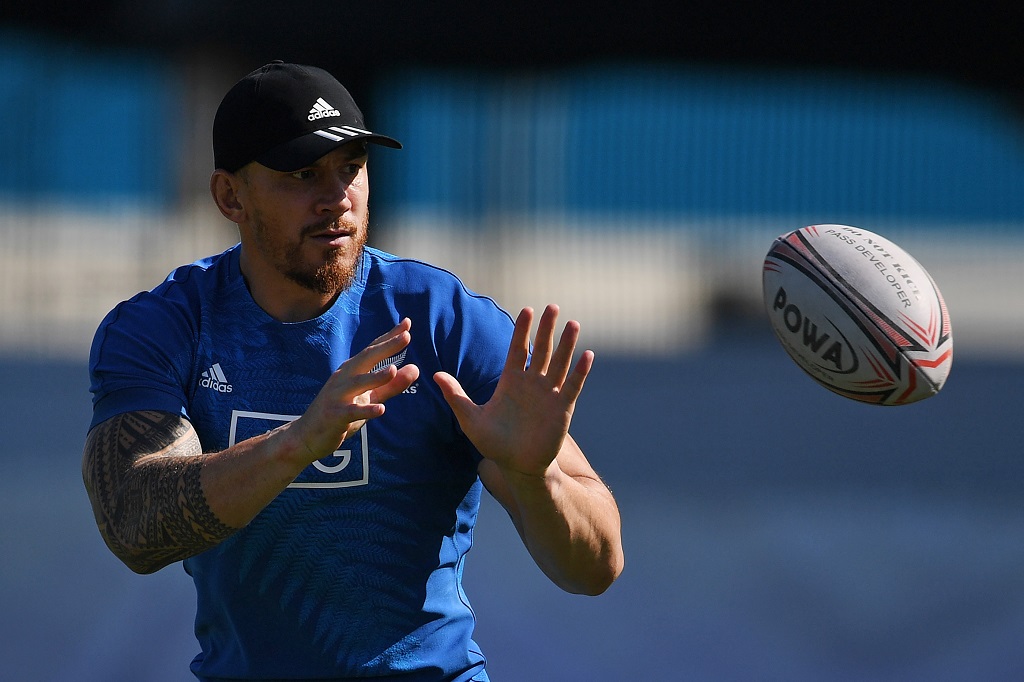 New Zealand's Sonny Bill Williams takes part in a training session at the Tatsuminomori Seaside Park in Koto, Tokyo prefecture on September 17, 2019, ahead of the Japan 2019 Rugby World Cup.

JAPAN - All Blacks star Sonny Bill Williams has been forced to apologise to a Malaysian-based photographer after publishing a photo of himself on Instagram with the photographer's credit removed.

When the photo, showing Williams and fellow All Black Muslim Ofa Tu'ungafasi praying before the Springboks Test, was posted on social media, it was quickly removed by Instagram citing copyright issues.

Williams then directed a second message at Instagram questioning why the photo had been removed, asking: "Surely a simple picture of someone expressing their gratitude for what they've been blessed with is OK?".

On learning the fault lay with republishing the photo without crediting photographer Faiz Azizan, Williams was quick to repost the image on Instagram with Azizan's name included.

"Asalamualiakum (peace be with you) brother, please forgive me for the misunderstanding," Williams said.

"I was sent the photo that already had your name cropped out if I'd known before I posted I would've tagged you as you captured a beautiful moment."

Williams converted to Islam in 2008, and Tu'ungafasi converted after 51 Muslims were killed in an attack on two mosques in New Zealand earlier this year.

@faiz_azizan Asalamualiakum brother, please forgive me for the misunderstanding. I was sent the photo that already had your name cropped out, if I’d known before I posted I would’ve tagged you As you captured a beautiful moment. @instagram apologies also ❤️🤲🏽 A little bit of Sabr(patience) goes along way.