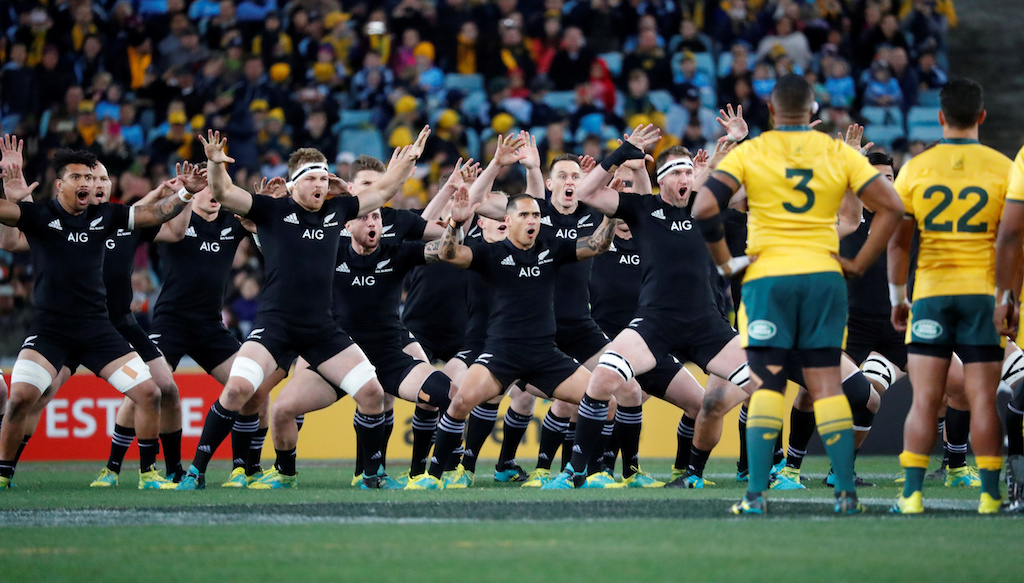 New Zealand players perform the haka before the match.

AUCKLAND - The All Blacks silenced their critics with a physical and polished performance to retain the Bledisloe Cup for a 17th season with a 36-0 victory over Australia that also quelled concerns the wheels might be falling off before the World Cup.

Flyhalf Richie Mo'unga scored a try and slotted nine points with the boot at Eden Park before he went off with a shoulder injury that could cause some concerns for coach Steve Hansen's World Cup plans.

READ: 'Waste sweat' and humidity a test for players at Rugby World Cup

Aaron Smith, Sonny Bill Williams, Sevu Reece and George Bridge also crossed for the All Blacks, who were humbled 47-26 last week in Perth which gave the Wallabies hopes they might be able to claim back the symbol of trans-Tasman supremacy.

Both sides have just one more match each before they head to the World Cup with New Zealand playing Tonga in Hamilton, while Australia face Samoa in Sydney with both games on September 7.