All Blacks, Wallabies relaunch Test rugby with a thriller 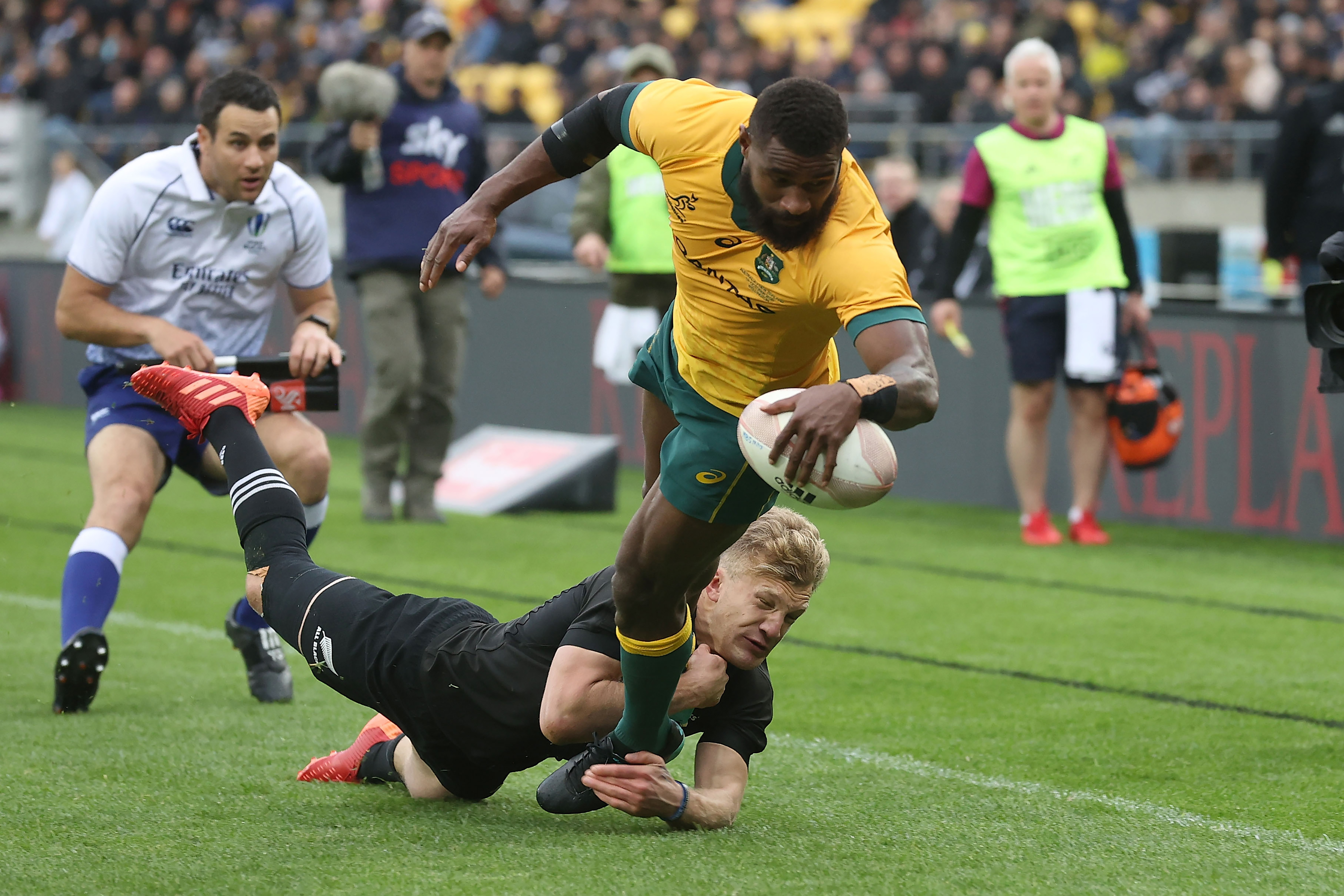 WELLINGTON - New Zealand and Australia battled to a thrilling 16-16 draw in a gripping opening Bledisloe Cup Test in Wellington on Sunday that saw the return of international rugby following the coronavirus shutdown.

Play continued nearly 10 minutes after the final hooter sounded as neither side wanted to settle for a draw.

The entertaining encounter, with two tries and two penalties apiece, lifted rugby out of its seven-month Test hiatus in front of a near-capacity 31,000 mask-free spectators with New Zealand having largely contained the virus.

For the All Blacks and Wallabies it was almost a year since they last played at the World Cup in Japan, and it was exactly 400 days since the last Test match in New Zealand.

In addition to the COVID distraction, the Test build-up was also rocked by disputes between New Zealand and Australia over Super Rugby and the Rugby Championship, and when it came to the on-field contest there were signs of rust.

READ: Spectators to be allowed at All Blacks, Wallabies Test

But there was also a keen edge, and the draw leaves the four-match Bledisloe series wide open as Australia push to end an 18-year drought.

It was a moral victory for new Wallabies head coach Dave Rennie against All Blacks counterpart Ian Foster in the battle of the two New Zealand natives who both experiencing their first Test matches in charge.

While Foster has an experienced squad, Rennie is rebuilding and his new-look Wallabies, particularly debutants Harry Wilson and Filipo Daugunu, showed they were capable of rattling the All Blacks.

Australia were let down by a high penalty count and a number of lost opportunities, such as seeing giant lock Matt Philip turned over by the diminutive Damian McKenzie a metre short of the line.

McKenzie, a late replacement for the injured Beauden Barrett, also pulled off a spectacular tackle to stop Daugunu from scoring in the opening minutes.

The Wallabies did most of the early attacking, but once the All Blacks adjusted their lines to counter the Wallabies rush defence, slick passing from Aaron Smith and Shannon Frizell put Jordie Barrett in the clear for a 25-metre run to the line to open the scoring.

After Barrett and James O'Connor traded penalties, the All Blacks had a chance to extend their lead on the stroke of half-time when Sam Cane pounced on a dropped ball by Folau Faingaa'a to set up a sweeping 60-metre moved only for Rieko Ioane to lose the ball over the try line.

It only took three minutes into the second half for the All Blacks to get their second try when George Bridge set up Aaron Smith for the five pointer.

But at 13-3 ahead, the All Blacks lost their structure allowing the Wallabies to strike back with quick tries to Marike Koroibete and Daugunu midway through the half.

In a dramatic close, an O'Connor penalty five minutes from time put the Wallabies ahead for the first time.

Barrett kicked an equaliser three minutes later and with a minute left Reece Hodge hit the uprights with a huge 55-metre effort which lead to a 10-minute scramble as both sides fought in vain to secure winning a winning score.