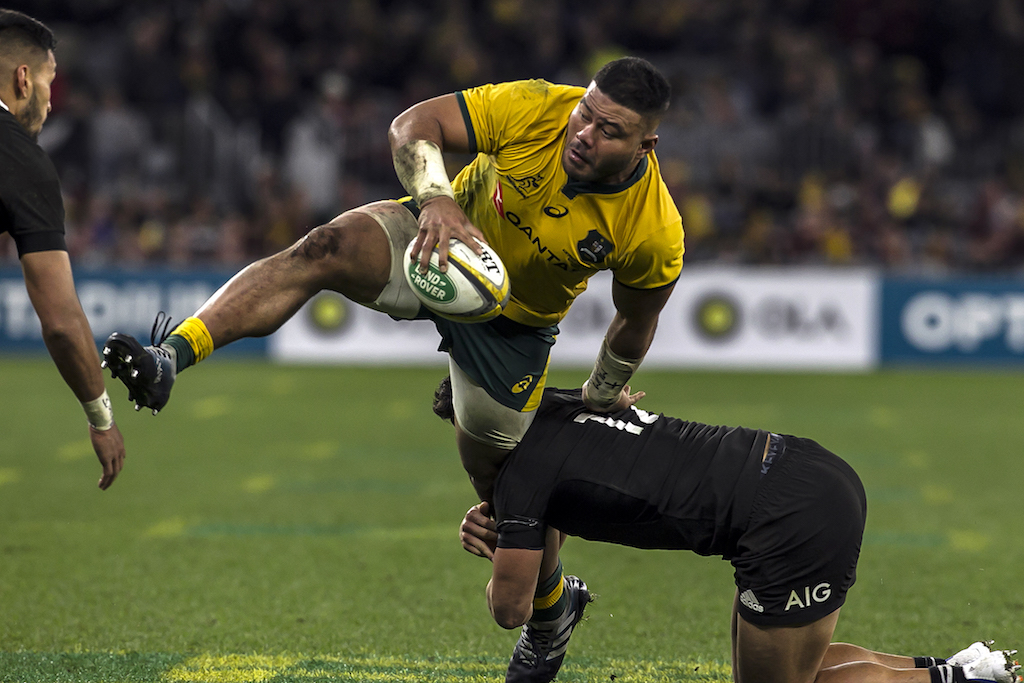 WELLINGTON - New Zealand may have taken Australia for granted ahead of their record defeat in Perth at the weekend and are determined to show what it means to be an All Black in Saturday's return match, hooker Dane Coles said on Monday.

The Wallabies romped to a 47-26 victory in the first of two tests that will decide where the Bledisloe Cup resides for the next year, giving themselves a chance of raising aloft the trophy for the first time since 2002.

The red card shown to lock Scott Barrett just before halftime in Perth certainly helped the home side's cause but Coles conceded that the All Blacks had simply not been good enough.

"The hard thing to take is that we lacked intent," Coles told reporters in Auckland, where the return match takes place on Saturday.

"They were really desperate to win and you could see it the way they played. Our physicality and attitude wasn't where it needs to be.

"They brought a real hunger and were desperate to get the Bledisloe Cup. There's a bit of soul-searching for the week. We need to find what it means to be an All Black."

New Zealand had won 10 of their previous 11 tests against Australia before Saturday's match, often racking up big scores in the trans-Tasman Sea contests.

Coles said the All Blacks forwards had been unable to match the physicality the Wallabies brought to the match even before Barrett was dismissed.

"Maybe we took it a little bit for granted if we're being honest," said Coles.

"We spoke about that. As an All Black, that's pretty tough to take but we're lucky we get another opportunity to prove to everyone in New Zealand how much this Bledisloe Cup means to us.

"They had a lot of hunger and were desperate, and we didn't show that," he added.

On Saturday, New Zealand will have to find a replacement for centre Jack Goodhue, who strained his hamstring in Perth, and almost certainly Barrett, who faces a lengthy suspension.

Whoever is wearing the famous black shirt at Eden Park, Coles said, would be banishing all thoughts of the World Cup from their minds and focusing purely on securing the Bledisloe Cup for a 17th straight year.

"I don't want to be in that position on Saturday that we were last Saturday," Coles said.

"Momentum and the World Cup is a by-product of what happens this week. I'm just thinking about putting everything I can into earning the right to put a hand on that Bledisloe.

"It's all about actions, mate, not words. It's about what's in your gut, being deliberate, not going through motions, and making sure everything we do this week is purposeful and meaningful." (