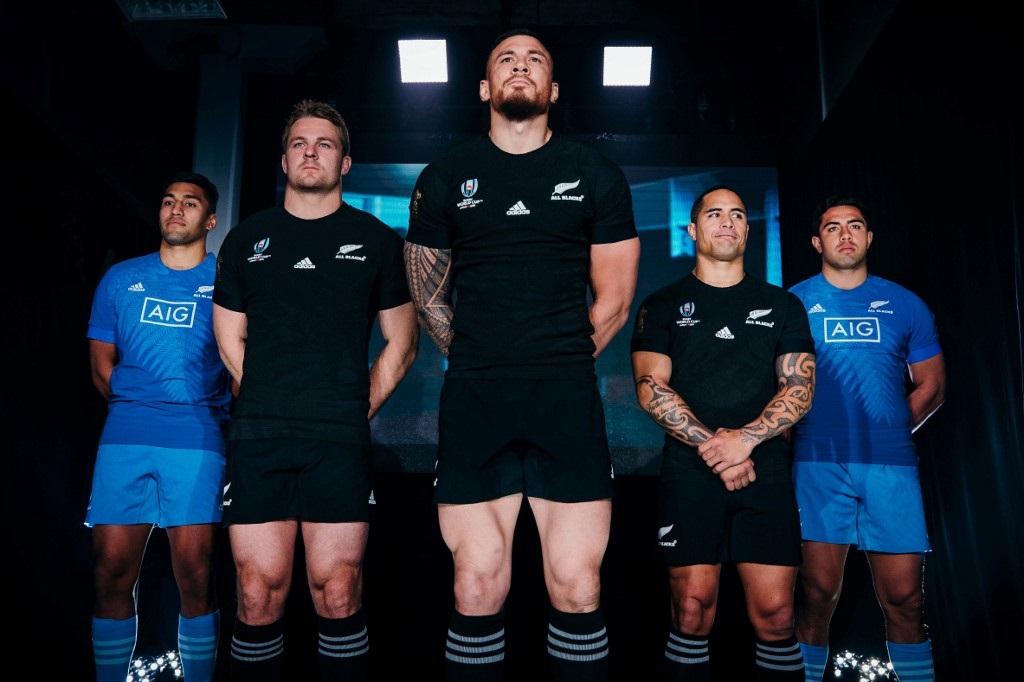 This handout photo from Adidas taken and received on July 1, 2019.

WELLINGTON - New Zealand's All Blacks have teamed up with fashion's "poet of black" Yohji Yamamoto to create their team jersey for this year's Rugby World Cup in Japan.

The defending champions, who hope to win a third-straight title in Yokohama in November, unveiled the Yamamoto-designed shirts on Monday, featuring a fusion of New Zealand and Japanese influences.

"We wanted to create a jersey that brought together the Japanese and Maori cultures. The design bears hand-drawn koru and fern motifs in a celebration of Maori culture," said Yamamoto.

"It has been a privilege to work on such a major project and I wish the team the best of luck in the tournament."

Japan's Yamamoto is known for his avant-garde designs and a dark palette that saw him dubbed "fashion's poet of black" by the New York Times.

There is little room for fashionable flourishes on the traditional All Blacks match jersey, with Yamamoto attaching a small black collar and incorporating the Maori designs into the fabric.

However, he was able to be a little more playful with the training kit, adding the Japanese "fuku neko" (lucky cat) design onto the blue jersey's back.

"It's always special pulling on the All Blacks jersey, and to wear one that has used our culture to inspire the design will be especially cool," All Blacks captain Kieran Read said.