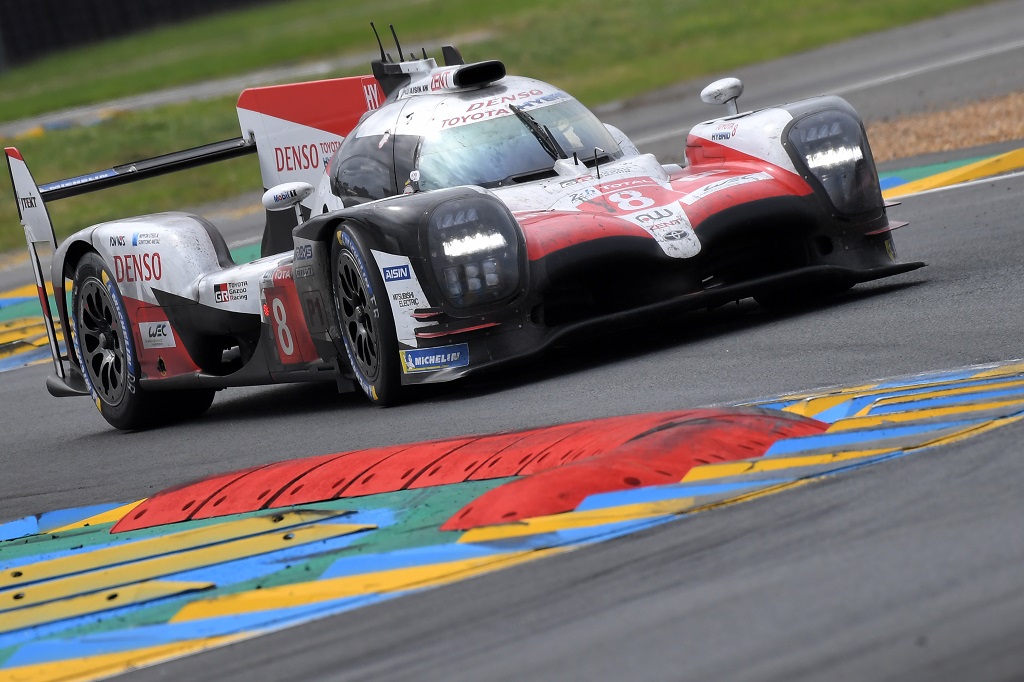 Alonso, a double Formula 1 world champion, was the star turn here as the 36-year-old seeks a Triple Crown of this race, the F1 Monaco Grand Prix which he has won twice, and the Indy 500, which he still to win.

He strung together a series of fast laps through the night to set up his Toyota to retake the lead on his 24 Hours of Le Mans debut just after dawn on Sunday.

The Spaniard put the Toyota No. 8 in position for Japanese co-driver Kazuki Nakajima to overtake stablemates Toyota No. 7, driven by Kamui Kobayashi, at 06:20 local time (04:20 GMT).

When Alonso took his second turn at the wheel at 0130, the car was 2min 15sec behind No.7 after the car&39;s third driver, Swiss Sebastien Buemi, had picked up a one-minute "stop and go" penalty for speeding in a temporary slow zone.

When Alonso handed over to Nakajima two and a half hours later, the two-time Formula One world champion had closed the gap to 45 seconds, after once again demonstrating his extraordinary ability to adapt, following two brilliant overtaking manoeuvres to claim the lead during his first stint late on Saturday afternoon.

Alonso, who is bidding to complete the second part of motor racing&39;s Triple Crown, climbed out of his car smiling and scarcely showing signs of fatigue.

"I felt good at night. I was in the zone and I pushed to catch up," said the 36-year-old, who has already won the F1 Monaco Grand Prix and also still needs the Indy 500 for the Triple Crown.

Toyota have sometimes seemed jinxed at Le Mans in recent years and the other Toyota picked up a stop-go penalty at 0730 after British driver Mike Conway went too fast in a slow zone.

Yet, at 1000, after 19 hours of racing, the closest pursuers were the two Rebellion Racing non-hybrids, both more than 11 laps back.

Many of the other six entrants in the top category, Le Mans Prototype 1, were having a tougher race.

The SMP Racing car, driven by another former Formula One world champion Jenson Button, spent three hours in the pits with a mechanical problem and one of each the Bykolles and the SMP Racing cars went off the track.