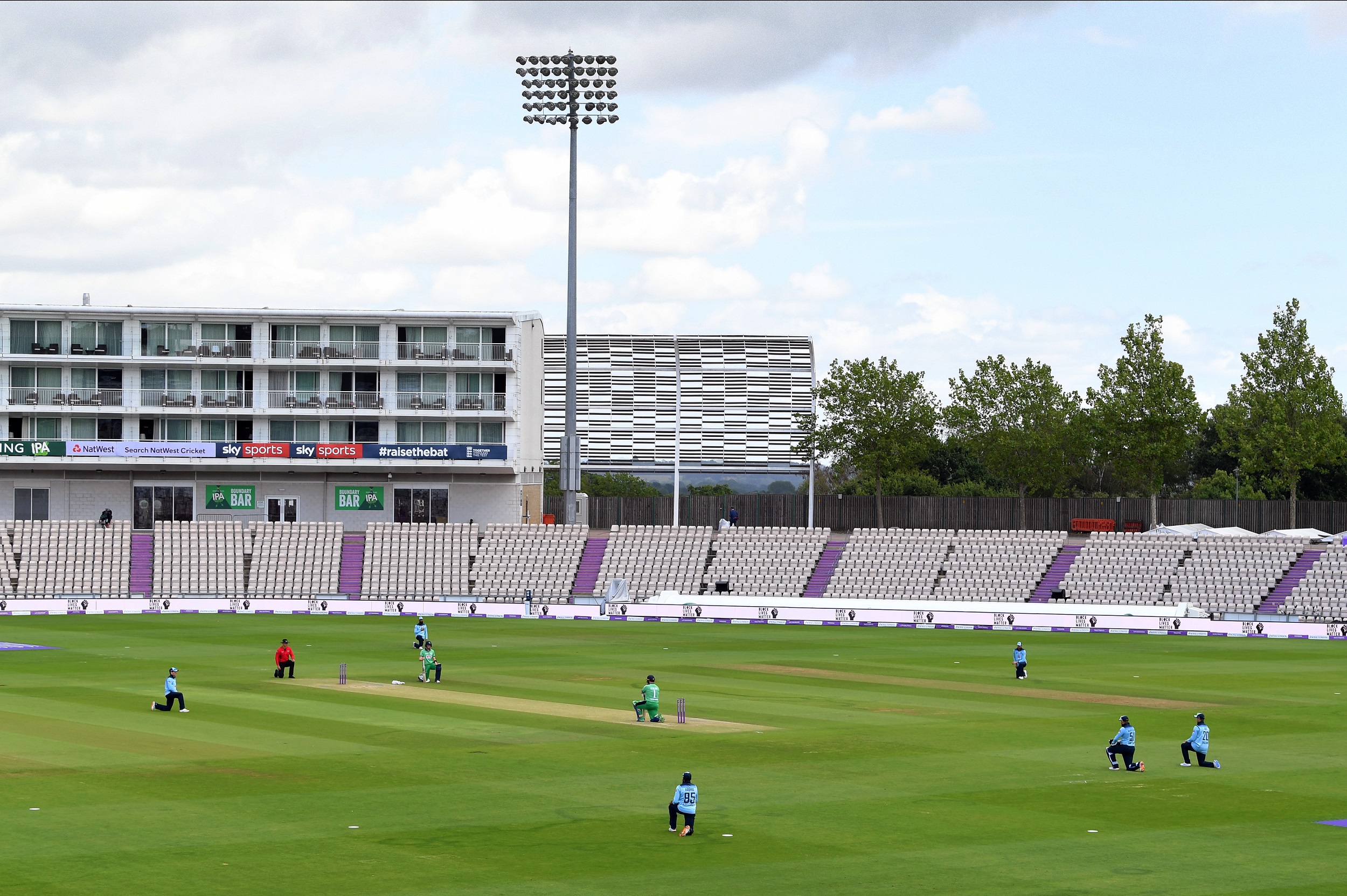 Players take a knee in support of the Black Lives Matter movement at the beginning of the match during the second One Day International cricket match between England and Ireland.

MANCHESTER - Jofra Archer said England have not "forgotten about the Black Lives Matter" campaign after they were strongly criticised by West Indies great Michael Holding for no longer taking a knee.

England and West Indies cricketers adopted the gesture at the start of each of their three Tests in July to show their support for the campaign to fight racial injustice.

The practice was repeated during England's one-day matches against Ireland but not in subsequent series against Pakistan and Australia.

Holding, an outstanding fast bowler in the successful West Indies teams of the 1970s and 1980s, recalled in July the ugly incidents he experienced as a young cricketer on his visits to Australia and England.

He accused England bosses and Australia captain Aaron Finch of making "lame" statements over ending the practice of taking a knee.

But Barbados-born quick Archer told a conference call on Monday that the England and Wales Cricket Board (ECB) was taking the issue seriously.

"I'm pretty sure Michael Holding doesn't know anything that is going on behind the scenes," he said.

"I don't think he has spoken to (chief executive) Tom Harrison. I think that is a bit harsh for him to say that. I've spoken to Tom and we have stuff running in the background.

"We've not forgotten, no one here has forgotten about Black Lives Matter. I think it is a bit harsh for Mikey to not do some research before criticising."

Archer has been subjected to racist abuse on social media and the 25-year-old Sussex quick said tough action was needed to clamp down on such remarks.