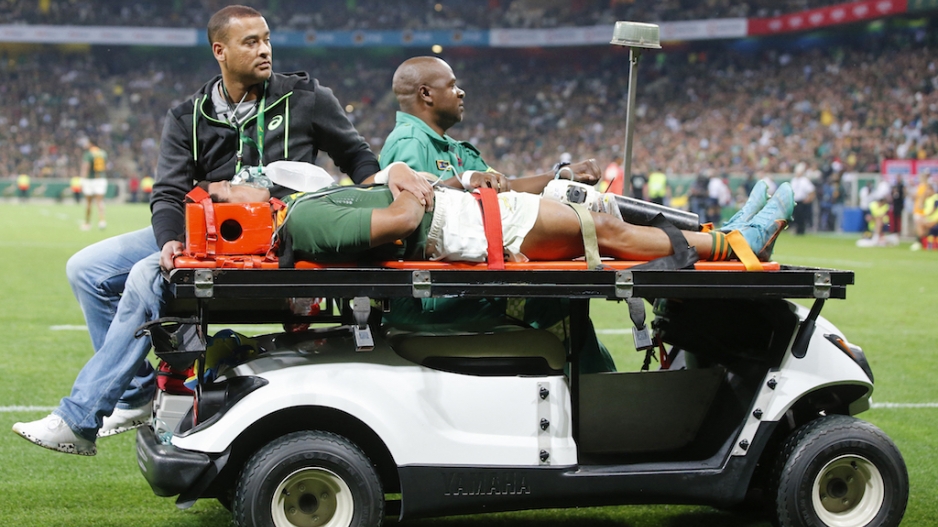 South Africa's wing Kurt-Lee Arendse is taken off on a stretcher by medical staff after being injured during the Rugby Championship international rugby match between South Africa and New Zealand. AFP/Phill Magakoe

JOHANNESBURG - It’s bad news from the Springboks camp after winger Kurt-Lee Arendse was suspended from all forms following his red card against the All Blacks at the weekend.

SANZAAR Foul Play Review Committee slapped Arendse with a four-week ban after he misjudged an aerial challenge with Beauden Barrett.

He knocked himself out in the process, causing Barrett to fall awkwardly.

This means the 26-year-old will miss most of the Rugby Championship and the Sevens Rugby World Cup, which will take place in Cape Town in September.

He will also be absent for the Los Angeles leg of the Sevens.

However, he will be available for the last match of the championship when South Africa hosts Argentina’s Pumas at Kings Park stadium in Durban.