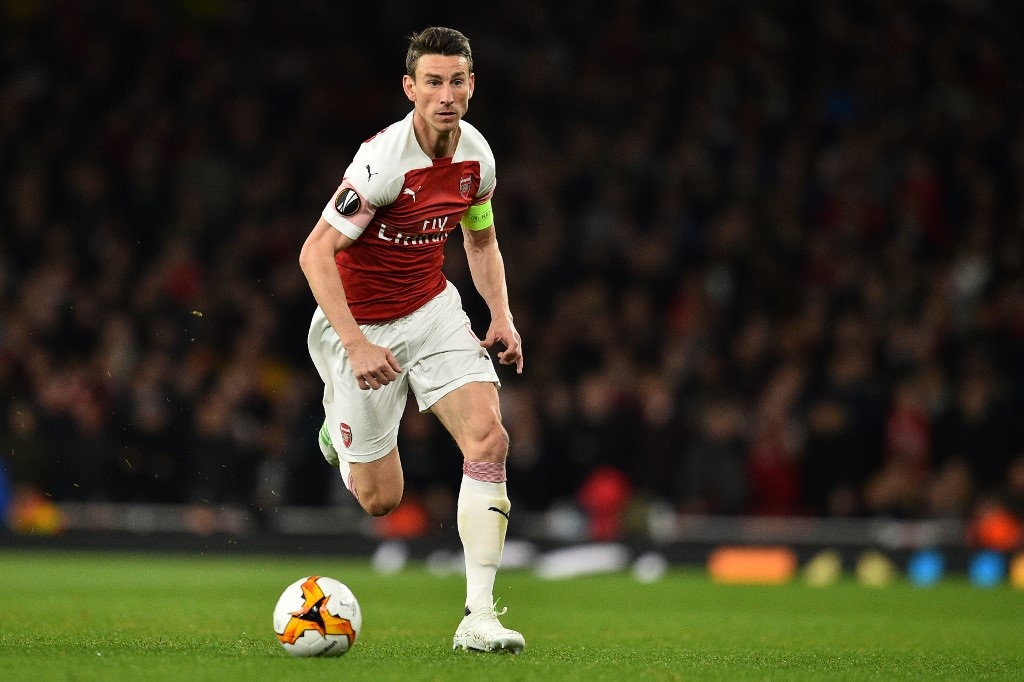 Arsenal's French defender Laurent Koscielny runs with the ball during the UEFA Europa League semi final, first leg, football match between Arsenal and Valencia at the Emirates Stadium in London.

LONDON - Arsenal captain Laurent Koscielny has refused to travel for the club's pre-season tour in the United States.

The Gunners released a statement on Thursday highlighting their disappointment at the 33-year-old Frenchman, who has been at the club since 2010.

"Laurent Koscielny has refused to travel to the US for our pre-season tour," said Arsenal.

"We are very disappointed by Laurent's actions, which are against our clear instructions.

"We hope to resolve this matter and will not be providing any further comment at this time."

Koscielny reportedly has offers to return to France and asked to be released from the final year of his contract at the Emirates.

He has played 353 times for the Londoners, winning the FA Cup twice, and was named club captain at the start of last season following the retirement of Per Mertesacker.