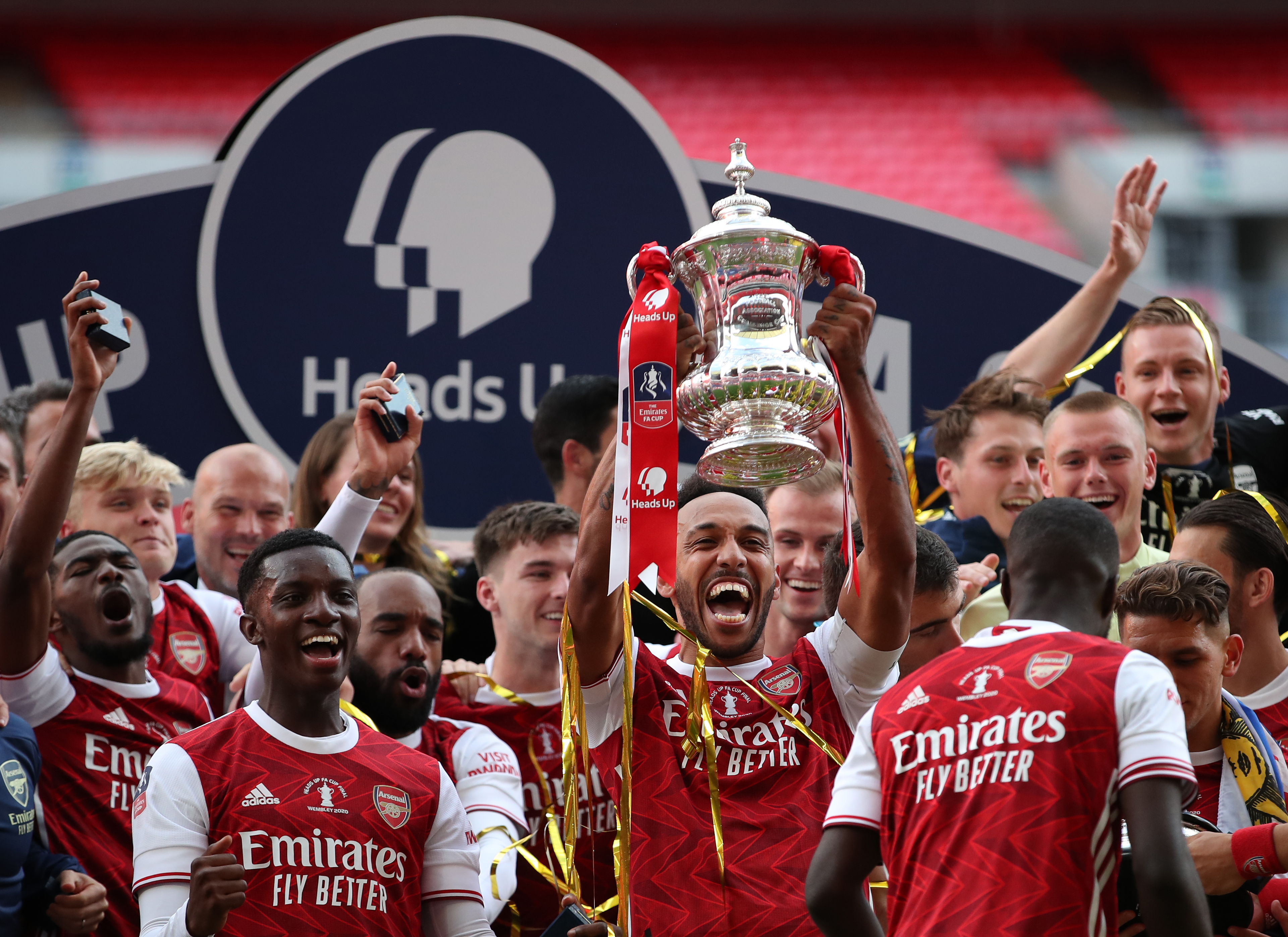 LONDON - Mikel Arteta hopes Pierre-Emerick Aubameyang will stay at Arsenal to lead the Gunners to more success after scoring twice to beat Chelsea 2-1 in the FA Cup final on Saturday.

Arsenal captain Aubameyang dropped the trophy before lifting his first piece of silverware since moving to English football from Borussia Dortmund two and a half years ago.

Victory secured Arsenal's place in the Europa League next season as they risked missing out on European football for the first time in 25 years after finishing eighth in the Premier League.

But with Aubameyang facing another season without Champions League football and just one year left on his contract at the Emirates, the Gabon international has been linked with a move away this summer.

"He needs more experience with trophies. We can get him used to that," joked Arteta at Aubameyang's mishap with the trophy lift.

"He knows what I think about him, I want to build a squad around him."

"I think he wants to stay, it is about getting the deal done.

READ: Liverpool CEO to step down in August

"I think moments like that will help to realise and give him belief that we are in the right path and he is a big part of it."

Arteta also played his part to win a trophy in his first season in a senior managerial role after Chelsea made a blistering start in the eerie surroundings of an empty Wembley.

The Blues had already achieved their primary goal from Frank Lampard's first season in charge by securing a place in next season's Champions League last weekend and started confidently as Christian Pulisic's composed finish opened the scoring just five minutes in.

"We started well for 10-15 minutes and we can only blame ourselves form that point," said Lampard. "We got complacent, we took time on the ball like it was a stroll and we allowed them into the game."

Arteta managed to reorganise the Gunners during the first-half drinks break to change the momentum of the game.

A minute after play resumed, Nicolas Pepe thought he had curled home a brilliant equaliser from the edge of the box, only to be denied by Ainsley Maitland-Niles being flagged for offside in the build-up.

Just like in the semi-final win over Manchester City, Aubameyang proved to be Arsenal's match winner as he raced onto Kieran Tierney's hopeful ball over the top and outpaced Cesar Azpilicueta before being brought down by the Chelsea captain just inside the area.

Azpilicueta escaped the double punishment of a red card, but VAR confirmed the spot-kick and Aubameyang coolly slotted home.

Chelsea were further hit by two big injury blows either side of half-time as Azpilicueta and Pulisic pulled up with hamstring injuries that will almost certainly rule them out of the Champions League last 16, second leg against Bayern Munich next weekend.

Despite Chelsea's major spending spree on Timo Werner and Hakim Ziyech to reinforce their attack for next season, it is at the back where they have been found wanting all season and they were caught out too easily for the winner.

Hector Bellerin burst through the weak challenge of Jorginho before the ball was played into the path of Aubameyang, who skipped past Kurt Zouma and nonchalantly lifted the finish over Willy Caballero for his 29th goal of the season.

Worse was to come for Lampard's men when Mateo Kovacic was inexplicably sent off for the slightest touch on Granit Xhaka, but Anthony Taylor's decision could not be reviewed by VAR as it was a second bookable offence.

And a miserable day was rounded off deep into stoppage time when Pedro Rodriguez's Chelsea career ended in the Spaniard also being carried off with a dislocated shoulder ahead of his move to Roma.

"It all came together for us today, two hamstrings, a dislocated shoulder," added Lampard. "It's the end of a long season and it was the tipping point for us."