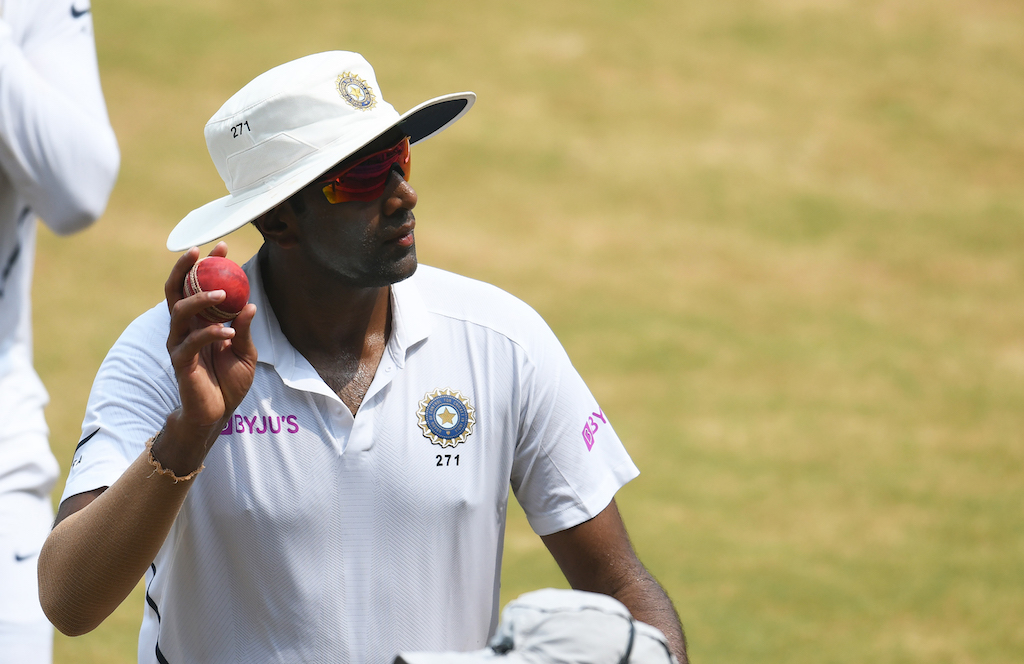 Ravichandran Ashwin shows the ball after taking seven wickets in their first innings during the fourth day's play of the first Test match between India and South Africa at the Dr. Y.S. Rajasekhara Reddy ACA-VDCA Cricket Stadium in Visakhapatnam on October 5, 2019.

The off-spinner bowled overnight batsman Theunis de Bruyn for 10 early in the morning session on day five to achieve the milestone in his 66th Test.

The 33-year-old Ashwin, who returned to the Indian XI after playing against Australia last year, has claimed eight wickets so far in the first South Africa Test.

He had bagged his 27th five-wicket haul on Friday.

Earlier in November 2017, Ashwin became the fastest bowler to reach the milestone of 300 Test wickets.