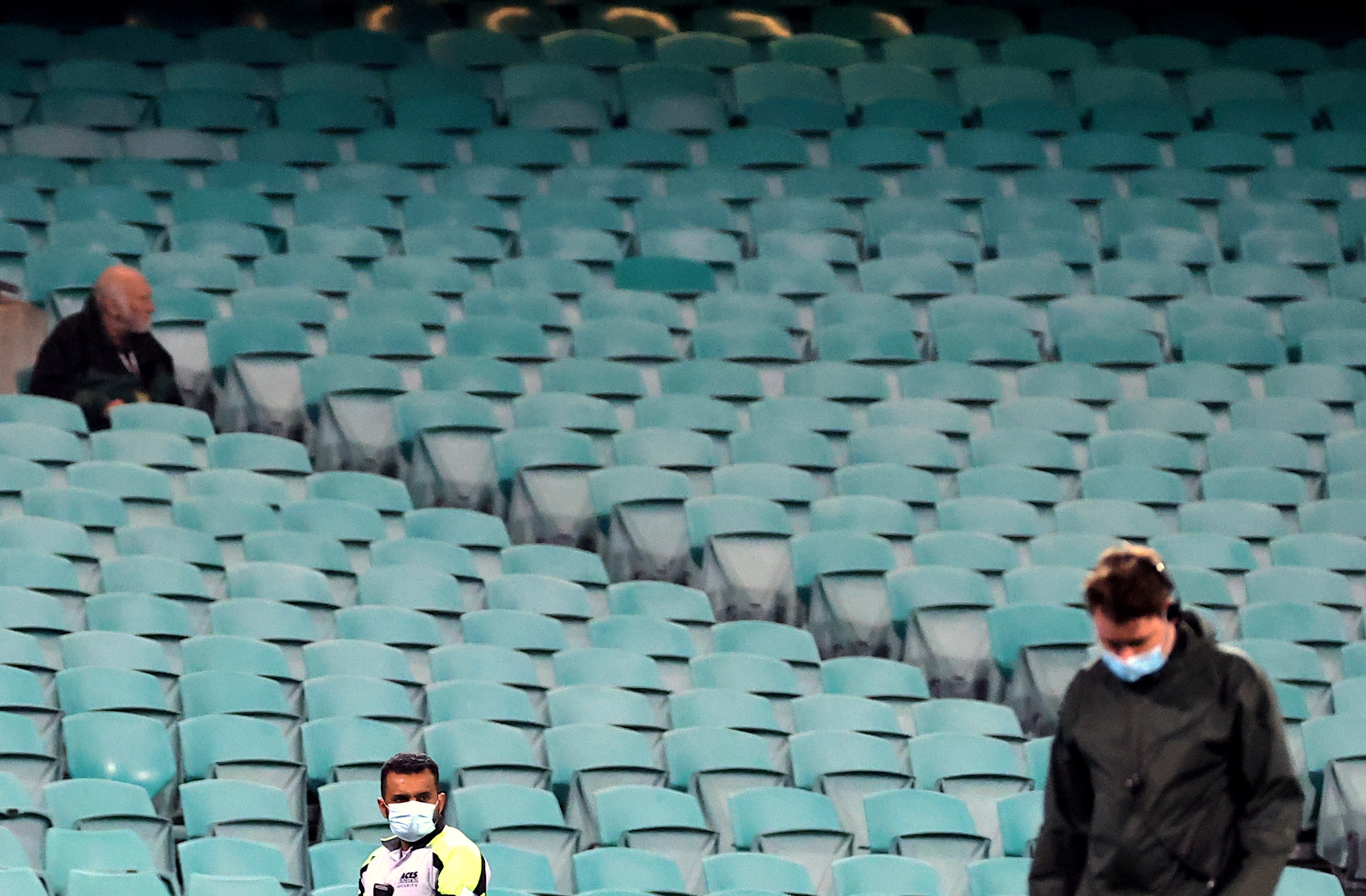 File: A security guard and an official wear face masks in front of a lone spectator sitting in a stand before the start of the the Super Rugby match between the NSW Waratahs and Queensland Reds at the Sydney Cricket Ground (SCG) on August 8, 2020.

SYDNEY - Rugby Australia proposed a Super 8 series with teams from New Zealand, South Africa, Japan and Argentina to be played at the conclusion of either a domestic or trans-Tasman tournament.

The plan was unveiled as part of its drive to secure a lucrative new broadcast deal, with the current one running out at the end of the year.

Its vision includes options for either a domestic Super Rugby competition, as is being played currently due to the coronavirus pandemic, or a trans-Tasman one from 2021.

"We will do whatever is in the best interests of Australian rugby and we've been working hard on a variety of competition models, not just for Super Rugby but for every level of the game," said interim Rugby Australia chief Rob Clarke.

He added that discussions had taken place with the other countries, but gave no indication about how the plan was received.

"We're in no means cutting off our SANZAAR partners and we'll be looking to do things jointly with them beyond the Rugby Championship wherever possible," he said.

"That said, we do need to have a competition that has integrity to it and has an ability to grow our game here in Australia and grow our fan base and some of the options we're looking at we believe will do just that."