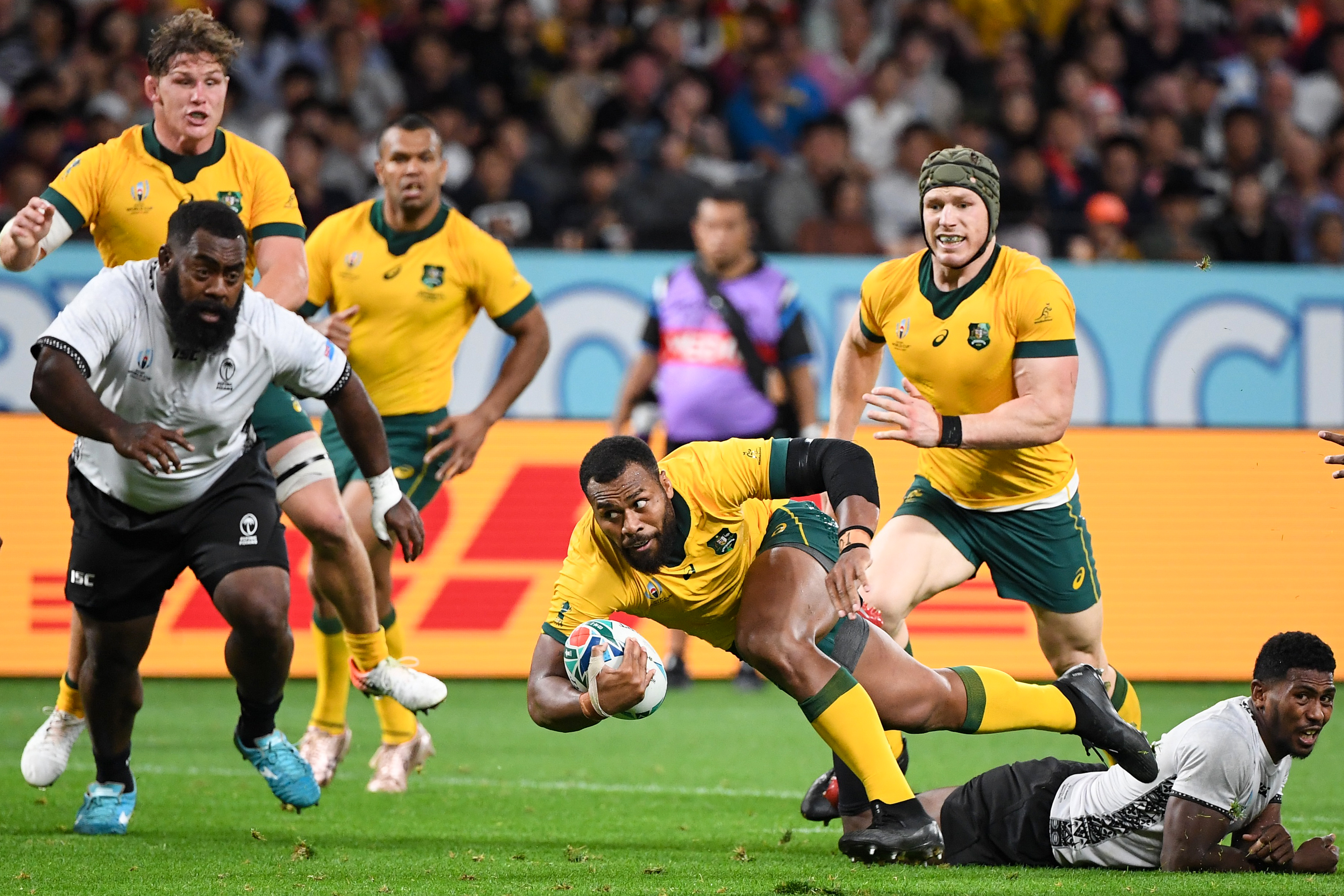 Australia's centre Samu Kerevi (C) is tackled during the Japan 2019 Rugby World Cup Pool D match between Australia and Fiji at the Sapporo Dome in Sapporo on September 21, 2019.

It’s likely to be a case of deja vu for Uruguay when they run out against Australia in their Pool D encounter at the Oita Stadium on Saturday.

At the Rugby World Cup four years ago, these two sides met in a clash in Birmingham and the South Americans suffered a bruising defeat. On the day in question, the Australians ran in 11 tries in a match that ended 65-3.

It’s looking like it will be more of the same at this year’s renewal of the tournament. Add to the fact that the Australians are likely to still be smarting from their narrow loss to Wales on the weekend and you start to think that this is going to be messy.

You won’t be making much from the 1/200 available on Australia as far as the full time result and the 100/1 offered on the chances of Uruguay says it all really. This is a match where the spreads are the way to go.

In matches where one way traffic is expected, a bet on which will be highest scoring half provides some interest. You can get 5/6 on the second half or even money on the first half to be the one where the most points are scored.

There’s 5/10 on a backline player scoring the first try or 15/10 on a forward barging over for a score.

Fancy yourself a numbers person? You can go 9/10 either way on an odd or even total points haul for the match.

The question is not whether Australia will be winning, it’s a case of how many points can they rack up in 80 minutes.

For a full range of betting options available on this match, click here.