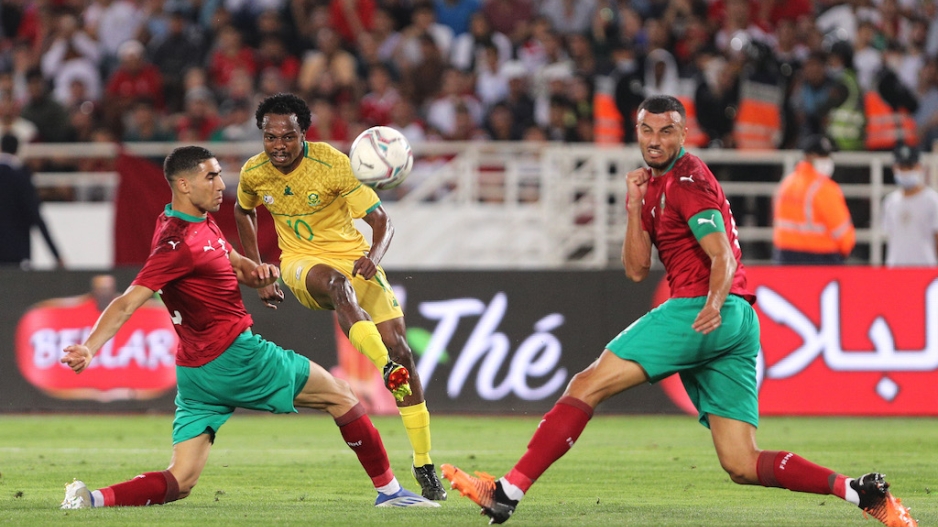 Percy Tau of South Africa takes a shot at goal during the 2023 Africa Cup of Nations qualifying football match between Morocco and South Africa. BackpagePix/Nour Akanja

RABAT - Bafana Bafana slipped in their 2023 Afcon Qualifying opener against Morocco on Thursday night in Rabat.

After taking an early lead through Lyle Foster, Hugo Broos’ men could not contain the Atlas Lions at the buzzing Prince Moulay Abdellah Stadium.

Morocco levelled through Youssef En-Nesyri early in the second half and scored a late winner via Ayoub El Kaabi.

The Atlas Lions return to Group K action on Monday when they play Liberia in Casablanca.

South Africa’s next matches will be home and away against Liberia in September.

The clash at home to Zimbabwe was cancelled due to the disqualification of the Zim team.