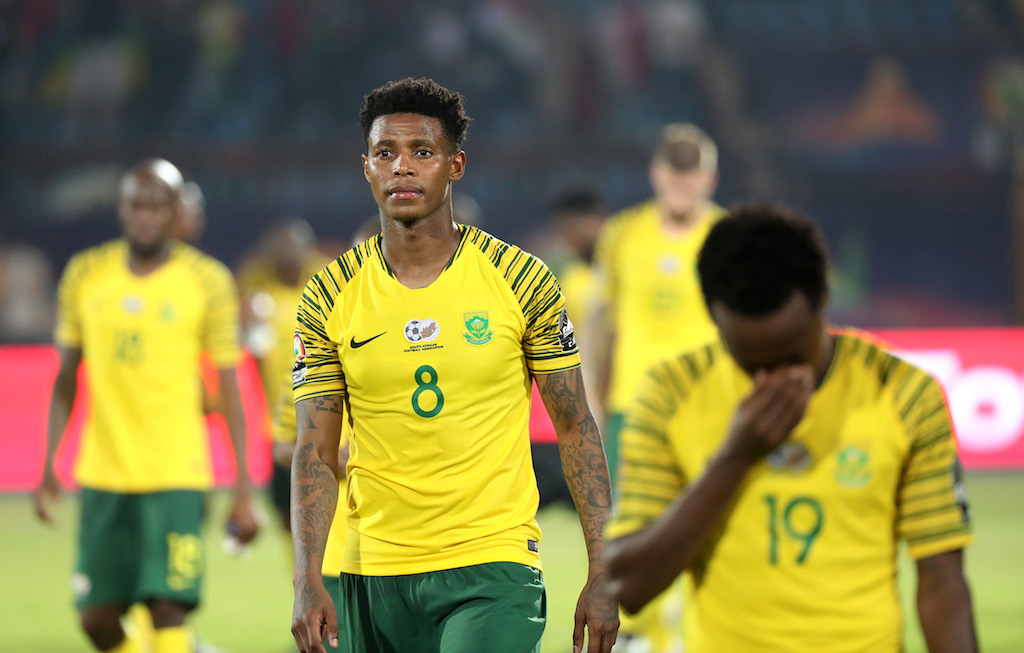 Bongani Zungu of South Africa (c) walks off the pitch after the 2019 Africa Cup of Nations Finals football match between South Africa and Morocco.

JOHANNESBURG - The fate of Bafana Bafana's Africa Cup of Nations campaign is now out of their own hands.

Bafana Bafana finished their campaign in Group D with a 1-0 defeat to Morocco.

The 1996 African champions conceded a late in Cairo.

It was a third successive one-goal victory at the tournament for Morocco, who finished ahead of the Ivory Coast in the standings with South Africa third.

Stuart Baxter and company will need other results to work in their favour if they are to advance to the round of 16.