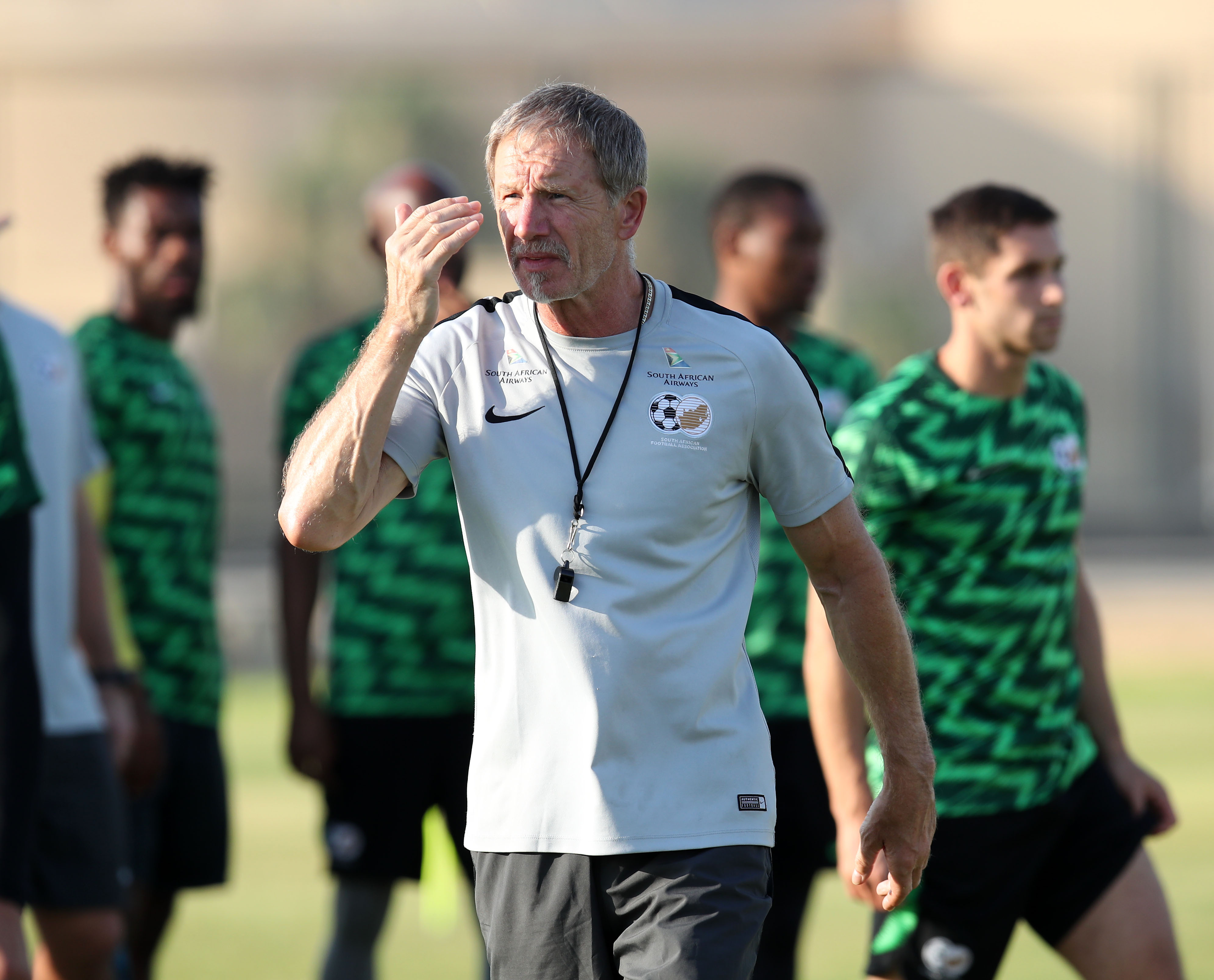 CAIRO - South Africa coach Stuart Baxter will keep Nigeria guessing over the approach he will adopt in their Africa Cup of Nations quarter-final on Wednesday after diverting from his usual style in the 1-0 win over hosts Egypt.

Under Baxter, South Africa normally play with a counter-attacking style but surprised Egypt on Saturday by diverting from that slightly and deploying an aggressive high press.

However, the Englishman would not reveal whether he would try that approach against the Super Eagles.

"The question for us is do we tweak our way of playing against Nigeria before, which has worked quite well, when on the other hand we played very well against Egypt," Baxter told reporters on Tuesday.

"We have to think about that one, but we should be under no illusions that Nigeria are one of the best teams on the continent, they have been stable under Gernot Rohr so it will be a massive and difficult game for us."

South Africa, who hosted Afcon in 2013, beat Nigeria away in their opening match of the Afcon qualifiers in June 2017 - one of Rohr's first games in charge of Nigeria - and were held 1-1 in the return.

The Bafana Bafana have been in the doldrums in recent years and, before this year's tournament, had not won an Afcon finals match outside South Africa since 2004 when they beat Tunisia.

They have also missed the last two World Cups.

"One of our players, Bongani Zungu was eight years (old) when South Africa last won an Afcon game on foreign soil so to go from that to beating the host nation the way we did is massive," Baxter said. "South Africans are not naturally mobile," he added.

"They are naturally good with the ball at speed and. .....naturally they are not well organised. We try very hard to get that balance between getting organised and not inhibiting their attacking play." Baxter said it was important for him not to get carried away.

"One of the important things for us is to remain very, very humble," he said.

"South Africa don't need a coach who gets so carried away with himself that he can't think on the bench and so you have to make it a day at the office, so you can see things happening in the game, you can change things in the game and you can keep yourself calm and you can still make decisions."