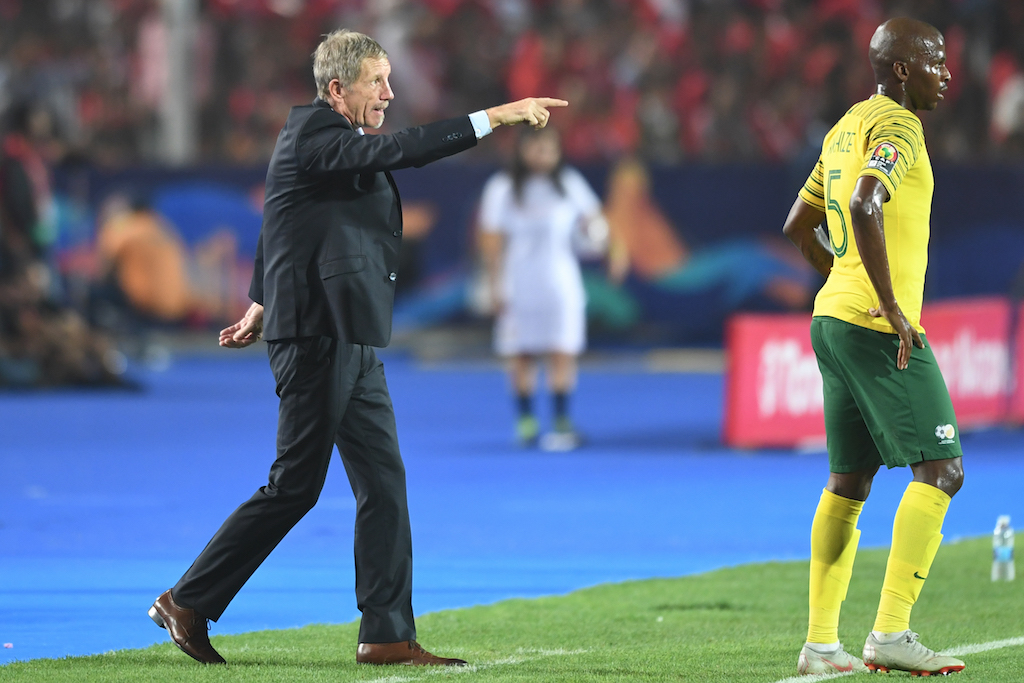 Bafana Bafana coach Stuart Baxter faced criticism over the team's negative tactics during the group stage as they squeezed through in the final qualifying spot.

Thembinkosi Lorch popped up with the winning goal five minutes from time to silence the partisan 75,000-capacity crowd in Cairo and shatter Egyptian hopes of a record eighth continental crown.

"We had three days to put together a game plan ... I think the players did really, really well, they had to play in a brave way and play high against such a good team as Egypt," said England-born Baxter.

"For me that was the only way we could win the game because if you allowed them to build possession and get the ball to their best players we would have massive problems."

Baxter faced criticism over the team's negative tactics during the group stage as they squeezed through in the final qualifying spot.

But his strategy here paid off handsomely against Egypt as Liverpool star Mohamed Salah was well policed by a superbly organised South African defence.

"The players showed a masterclass, it was excellent," said Baxter. "It took courage from the players. We're very proud of them and very pleased with the result."